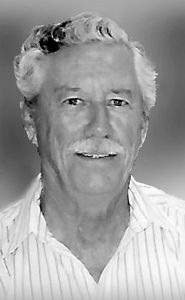 Dr. Al Martin passed away on Monday, November 12, 2018 at the Pincher Creek Hospital. He is lovingly remembered by his daughter Lori (Dave), daughter-in law Pat from England and 6 grandchildren: Chrissy, Megan, Daniel, Jennifer (Rich), Michael (Vicki) and Andrew. He is also survived by a great – granddaughter Rose. He was predeceased by his wife June and three children Barb, Brian, and Donna (Rick), as well as his parents and three brothers Bruce, Bob, and Joe. Al was born April 25, 1927 in Govan, Saskatchewan where his family farmed. Aside from working on the farm, he enjoyed many sports such as hockey with his brothers. He met and married June while attending University in Edmonton. He moved his little family to Guelph, Ontario to complete his studies. Upon graduation, he moved to Lethbridge, Fort Macleod and finally settled in Claresholm where he finished off his long career helping animals. His fervent wish was always to have his own farm and they realized this dream in Claresholm. They raised Murray Grey cattle and were instrumental in bringing the breed to Canada. He spent whatever time he could at work on the farm and showing his cattle. He also spent many years involved in various organizations including Rotary Club, Masonic Lodge and various sports-primarily golf and curling. Al was well known in the community and after he moved to town, was often seen walking everywhere he could. It was the highlight of his day to wave to the people he knew and loved. He moved to Pincher Creek a few years ago to be closer to his daughter but never forgot his kinship to his community. A Celebration of Al’s Life will be held at 1:00 PM on Saturday, December 1, 2018 at Willow Creek Funeral Home (4079-1st Street West, Claresholm). In memory of Dr. Martin, donations may be made to the Lethbridge and District Humane Society 2920-16 Avenue North, Lethbridge, Alberta T1H 5E9 or on behalf of his 3 children, the Canadian Cancer Society 200-325 Manning Road NE, Calgary, Alberta T2E 2P5.

Tel: 403-625-3212. Condolences may be forwarded to the family at www.willowcreekfuneralhome.com