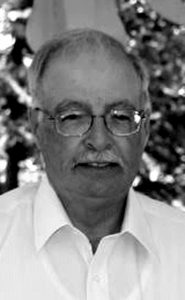 Brent John Ehlert of Magrath Alberta passed away Monday November 19th, 2018 at the age of 73 after a brief battle with cancer. Brent is survived by his wife Ila Ehlert, children Elizabeth Ehlert, Amanda Godlonton, Lorin (Richard) Larocque, Sean (Ruth) O’Byrne, Cynthia Bond and Janine Berntson as well as many grandchildren, great grandchildren, nieces and nephews. He especially enjoyed the time that he spent with his grandson Kirk. He was born in Carmangay, Alberta November 30, 1944 and was adopted a short time later by Clarence and Sarah Ehlert from Magrath. He called Magrath home, working on the family farm until he decided to move off the farm to begin his many adventures in life. His variety of jobs took him throughout Alberta, BC and the NWT. He eventually moved back to Magrath where he remained until his last days. He had a deep passion for the outdoors that was reflected in his love of hunting, fishing and golfing. He had a strong fondness for animals. This later led to saving multiple stray cats and helping to provide them with a loving home. His desire to help was not limited to animals. He enjoyed helping people as a neighbor, friend and acquaintance. He was predeceased by his father Clarence Ehlert, mother Sarah Hoare, step father Stan Hoare and brother Richard Ehlert. Friends and relatives are invited to join the family on Saturday December 1st at 1:00pm at the Magrath Cemetery (located just south of Magrath on Hwy 62 on the west side of the road) to bid farewell to a husband, father, grandfather, uncle and friend. A light lunch will be served following the graveside at the Magrath Seniors Centre (32 North 1st Street West) where a memory book will be provided for those who wish to share a memory or two. In lieu of flowers donations can be made to a cancer charity of your choice. Please send condolences to www.evergreenfh.ca