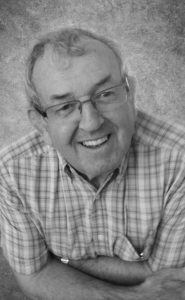 JOHN “JACK” HOLESWORTH, of Lethbridge, Alberta and formerly of Nova Scotia and the Yukon, passed away on December 2, 2018, at the age of 78 years, after a long and valiant battle with C.O.P.D.

Jack is survived by Christine (nee Dares) Holesworth, his wife of 42 years, and their daughter, Jana Holesworth, of Cardiff, Wales; his former wife, Barbara (nee Davidson) Holesworth, of Lower Sackville, NS, and their three children, Patricia (Joseph) Chaney of Victoria, BC, Ronald (Sarah) Holesworth, of Halifax, NS, and Barbie (Scott) Moore, of Lower Sackville, NS. He is also survived by a brother, Douglas (Dorina) Holesworth, of Wetaskiwin, Alberta; three grandsons, Kristian Chaney, Jacob Moore and Zackery Moore; two granddaughters, Alex Chaney and Eryn Chaney; and his aunt, Cora (nee Fisher) McKay of Valley, NS, as well as numerous brothers & sisters-in-law, cousins, nieces and nephews. Jack’s enthusiasm, love of life and his ability to tell a good story will be sadly missed by all his family and friends in Alberta, Yukon and Nova Scotia.

He was predeceased by his parents, his sister, Evelyn and brother, Harold.

Jack was born in Stewiacke, NS, on May 5, 1940, to Fenton and Edith (nee Fisher) Holesworth. Jack was a dedicated member of the fire service for over 45 years, beginning his career in 1960 as a volunteer firefighter with the Bedford Fire Department. Here, Jack served as Deputy Chief for seven years and later became the composite department’s first career captain. He spent twelve years with the NS Fire Marshal’s Office before moving to the Yukon as Fire Marshal, where he retired in 2006. During this time, he was an active member of numerous committees and organizations, working tirelessly to advance the services provided by career and volunteer firefighters in Canada. Jack instructed at the Nova Scotia Firefighters’ School for 16 years, was NS principal of the Canadian Fire Investigation School for nine years, and proudly served as past President of the Canadian Council of Fire Marshals and Fire Commissioners, past President of the Canadian Association of Fire Investigators and past first Vice President of the NS Chapter of the International Society of Fire Service Instructors. He was the recipient of the Fire Services Exemplary Service Medal and Queen’s Golden Jubilee Medal. He was also a 39-year member of the Royal Canadian Legion, where he enjoyed the company of many good friends.

The family would like to thank all the doctors, nurses, respiratory therapists and other medical staff at the Chinook Regional Hospital, Lethbridge, for their expert and compassionate care, especially in his final moments.

Cremation has been entrusted to Cornerstone Funeral Home with a Memorial Service for family and friends to occur in Nova Scotia at a later date.

In lieu of flowers, donations may be made in Jack’s memory to The Lung Association – Alberta & NWT, P.O. Box 4500, Station South, Edmonton, AB, T6E 6K2 or a charity of choice.