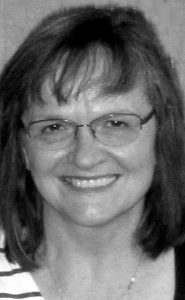 Debra Elizabeth Burger (Neitsch) passed away peacefully at the St. Michael’s Palliative Care facility on December 5, 2018, after a courageous, 15-month battle with pancreatic cancer at the age of 64. Her husband Jack, nieces Sarah Harmon, Erin McIlwraith and friend Shirley Whitney were at her side. Besides her husband Jack, Deb is survived by her step-mother-in-law Lila Sam; nephews Trevor (Anastasia) Kuzio and James Burger; nieces Carla (Tim) Nathan, Sarah (Kyle) Harmon, Erin (Tye) McIlwraith, Margaret Burger; 6 great nieces and 5 great nephews. She was predeceased by her father & mother, Otto and Pearl Neitsch, father-in-law George Burger, nephew Trent Kuzio and mother-in-law Mary Burger as well as numerous friends. Deb was born in Edmonton on October 8, 1954, living on the family farm and attended school in Warburg, Alberta until 1963 when the family sold the farm and another farm just outside Redwater, Alberta. Deb graduated from Redwater High School and then attended NAIT becoming a dietary technician. In 1980, Deb returned to school at Red Deer College, graduating in 1982 as a Pharmacy Technician. She worked at several hospitals in Alberta and in the mid 1980’s moved to Lethbridge, working at Lethbridge Regional Hospital until her retirement in 2010. Jack and Deb met in 1994 and married in 2003 spending their happiest 241/2 years together. We would like to thank everyone at LRH and St Michael’s Care Center for their compassion and the fantastic care Deb received. Also, thanks to all our friends for their continued support through this trying time. A celebration of Deb’s life will be held sometime in the spring of 2019. (Announcement when details are completed). In lieu of flowers, donations can be made in Deb’s name to the charity of your choice.

One Condolence for “BURGER, Debra”