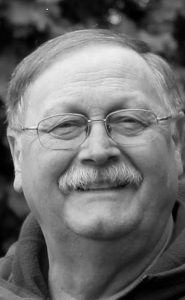 It is with heavy hearts that we announce the sudden passing of Brent on January 26, 2019. Brent was a loving husband and father, an avid outdoorsman, and a wonderful friend to all who knew him. He was pre-deceased by his parents, Floyd and Georgena, 2 older sisters, Marjorie and Myrna, and infant son, Chad. Brent is survived by his loving wife, Karen, his children, Jeff (Vanessa), Brian (Kathalina), Emily and Eric, 7 grandchildren, Tayla, Josh, Claira, Emma, Xyla, Alexander and Zachary, his sisters, Lorraine and Mary, and his brother George (Susanna), as well as numerous nieces and nephews.

Brent was born in Cardston, Alberta in 1952 and grew up in Levitt, Alberta. In 1974, he earned his Bachelor of Science degree in the first Forestry program offered by the University of Alberta. Brent began his 40 year career as a forester with the BC Provincial government in Victoria, and it was there that he met his wife, Karen. After they were married, Brent and Karen moved to Kamloops and lived there happily for 40 years as they raised their family and became part of the community.

Brent loved the outdoors and considered himself fortunate to spend his career enjoying all of God’s beautiful creations. His favourite past time was fishing, which he did year round. He was also an avid bird watcher and nature photographer. Brent loved to share his enthusiasm of the outdoors with youth through his involvement in Scouts Canada for over 30 years. He spent many years taking school classes on nature walks where he affectionately earned the title “Mr. Forestry Man.”

Brent’s service extended from his involvement with the Kamloops Square Dancers, where he served as president for 2 years, to his devotion to his faith through his membership in The Church of Jesus Christ of Latter Day Saints. He was always looking for ways to help others and through his thoughtfulness, he blessed countless lives.

Funeral services will be held for Brent on Saturday, February 2, 2019 at 11:00am at The Church of Jesus Christ of Latter Day Saints. 2165 Parkcrest Avenue. All are welcome to attend.

Condolences may be sent to the family from