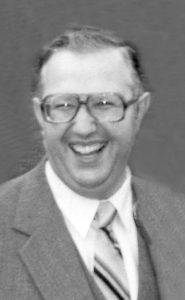 Gerald (Jerry) Randa of Lethbridge passed away peacefully at the age of 74 years at Legacy Lodge on Saturday February 16, 2019, at 12:15pm. Jerry was born in Lethbridge on August 23, 1944. Jerry attended school in Nobleford and Coalhurst. After graduating he then moved to Calgary where he worked for Canada Post for many years. Jerry loved watching sports including the Flames, Stampeders and his favourite was Wrestling. Jerry is survived by his 8 brothers William (Angela), Albert (Nettie), John (Nancy), Jim, Mike, Eddie, Richard and Robert; 4 sisters Albina, Ann, Irene, Aty (Randy) as well as numerous nieces, nephews and their families. He was also predeceased by his parents Annie and Izidor Randa. A Memorial Mass will be held at 1:00PM on Friday, February 22, 2019 at ST. BASIL’S ROMAN CATHOLIC CHURCH- 604 13 STREET SOUTH, Lethbridge, AB., Father Albert Sayson, celebrant. Interment to follow at Mountain View Cemetery. Flowers are gratefully declined. For those who wish, memorial donations may be made to either the Heart & Stroke Foundation, Box 2211, Lethbridge, Alberta, T1K 8E1, or the Canadian Diabetes Association, 204, 2323 – 32 Avenue NE, Calgary, Alberta, T2E 6Z3.

One Condolence for “RANDA, Gerald”

Leave a Condolence for John Pearson