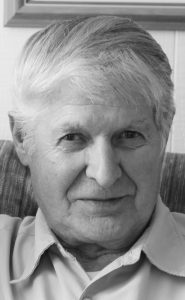 It is with humble hearts that we announce that ANDREW THOMAS GANGUR (TOM) passed away on March 5, 2019 at the Chinook Regional Hospital in Lethbridge, Alberta.

Tom was born on June 2, 1938 in Lethbridge, Alberta and was the 6th son of George & Anna Gangur; he also had two older half siblings from his father’s previous marriage. He grew up in Lethbridge and has a vast extended family that came from the Ukraine and settled in North Lethbridge. Tom met his sweetheart, Carol, when he was 18 and they were married on August 15, 1959 and together had 4 sons.

Besides his parents George and Anna Gangur, he was predeceased by his loving wife Carol, his infant son Gary Thomas Gangur and his 6 brothers and 1 sister. (Mike, Ann Darko, John, Steve, George, Peter, William (Smilie).

He will also be missed by his brother Jerry (Angie) Gangur, as well as his brothers-in-law, Edwin (Loraine) Orr, Vern (Janice) Orr, sisters-in-laws (Gillian Orr) and (Darlene Gangur).

We wish to invite those who have been touched by Tom to attend a Celebration of His Life on Friday March 8, 2019 at the Holland Residence. (Please contact Dana via Facebook for an address)