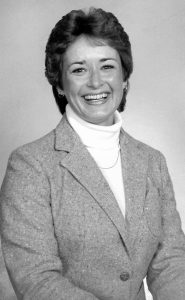 Mrs. Karen Lee Willoughby (Sterling), beloved wife of Mr. Lee Willoughby of Lethbridge passed away on Monday, March 4, 2019 at St. Michaels Health Centre at the age of 71 years. Karen was born in Melita Manitoba, on September 20, 1947 to Jean and Pat Sterling. She completed school in Melita and moved to Winnipeg then Calgary where she took a key punch operator course. Bored… she joined the Royal Canadian Navy in 1967 as a Navy Radio Operator and was posted to Mill Cove N.S. Karen realized the limits of being a Naval Radio Operator and changed trades to Teletype Operator. Eager to see something other than a teletype machine she requested and was accepted as a flight attendant with the Canadian Forces. She spent 4 years flying everybody, from the Prime Minister to the Queen of England, literally! After returning from flying, bored again she volunteered for a UN posting in Egypt and was one of the first females to be accepted. Upon returning she moved around and then got bored and volunteered to be the Senior Flight attendant and was again off flying. After returning she was eventually posted to Penhold where she met Lee. Lee was eventually posted to Colorado Springs and her to Goose Bay Labrador. They decided this wasn’t working too well, and Karen took her release to join Lee in Colorado, soaking in the hot tub, cutting grass, and chasing squirrels for the last two years there. After Colorado they were posted to Vancouver and eventually Ottawa where they decided to call it quits and move to Lethbridge to be close to family. Karen took a part time job at Safeway to keep busy in retirement and eventually retired from that to look after her beloved black lab “Mika”. Her most memorable times she would say were definitely flying with the Royal Family and Prime Ministers and Governor Generals. She enjoyed golfing curling and playing ball in her younger days. The family cannot thank the nurses and staff at Palliative Care at St. Michaels enough, as well as Dr. Walsh and Vicky Dixon at Home Care for their devotion to Karen’s wellbeing in her time of need. Karen is survived by her husband Lee and Stepdaughter Jan (Chad) and their children, her mother Jean Sterling; sisters Patricia Downey and Ruth Zahrodney; brothers Bill (Cheryl) Sterling and Stephen (Darlene) Sterling, along with numerous nieces and nephews Karen is predeceased by her father Pat Sterling and brother Robert Sterling, brothers in law Francis Downey, and Larry Zahrodney. For those who wish, memorial donations may be made to the Canadian Cancer Society, 960 19 St S, Lethbridge, AB T1J 1W5. At Karen’s request there will be no Service. There will be a private Celebration of her Life in Melita Manitoba in the spring when she will be interred with her family.