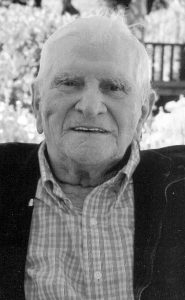 So teach us to number our days, that we may apply our hearts unto wisdom.

Mr. Johannes Mans of Picture Butte, beloved husband of Mrs. Huibertje Mans, passed away surrounded by his loving family at Bethesda Care Home on Wednesday, April 24, 2019 at the age of 88 years. Johannes was born in Aalburg, the Netherlands on December 25, 1930. Together with his family he immigrated to Canada in 1982 and settled in Nobleford area where he farmed and lived till his retirement in 2014. Besides his loving wife Huibertje of 64 years, Johannes is survived by his children Andries (Coby) Mans, Anneke (Henk) Van Ginkle, Arjan (Joanne) Mans, Joost (Caroline) Mans, Henk (Rita) Mans, Toos (Harry) Vandenberg, and Els (Ed) Van Hierden; 39 grandchildren; 63 great grandchildren and one sister Mrs. E Van Essen of Picture Butte. Johannes was predeceased by his brother, numerous brother’s in-law, and sister’s in-law all from the Netherlands. A special thanks to the staff of the Bethesda Care Home for the loving and supporting care they have given our belated father. An opportunity for condolences will be given for immediate family and close friends between 7:00PM and 8:00PM on Saturday, April 27, 2019 at the NETHERLANDS REFORMED CONGREGATION OF PICTURE BUTTE, 601 3A Street, Picture Butte, Alberta. A Funeral Service will be held at 10:00AM, on Monday, April 29, 2019 at the NETHERLANDS REFORMED CONGREGATION OF PICTURE BUTTE, 601 3A Street, Picture Butte, Alberta, with Reverend E.C. Adams officiating. Interment to follow in the Memorial Cemetery of the Netherlands Reformed Congregation of Picture Butte. Flowers are gratefully declined. For those who wish, memorial donations may be made to Bethesda Care Home, 701 3A Street South, Picture Butte, Alberta, T0K 1V0.