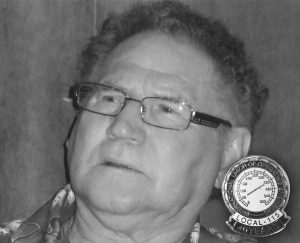 The Lord, our Saviour, called ANTHONY “TONY” TERRY ZAROWNY to his forever home at the age of 79 years.

He will be missed and lovingly remembered by his wife Sherri-Lyn of 60 years; daughters Sharon of White Rock, BC and Sandy of Toronto, ON.; grandson Sean (Jill) of Oakville, ON. and granddaughter Holly of Langley, BC.

He will also be missed by his sisters: Stella Barter, Lorae Lovick, Lucille Minnis and Roze Zubacz and brothers Aubin (friend Mary) and Ralph; brother-in-law Walter and numerous nieces, nephews and friends.

He was a hard worker and had a heart filled with kindness, compassion and love for adventure. He loved to ski, fish and even sky dived with his family. Travel was like, “Let’s go” and he did; to the Yukon, Alaska, Hawaii, Barbados and falling in love with Paradise Island in Nassau. He went some places several times over.

Tony was proud to be a member of the Union of Operating Engineers, Local 115 Burnaby, B.C. By trade, Tony operated hydraulic, conventional and rough terrain cranes. He worked for over 28 years on bridges, dams, power and gas plants and erected towers for pipelines. After he retired, he drove big rigs, doing low bed U.S./Canada hauls for almost five years. This took him to all 48 states and he called it his paid holiday, his “million mile plus” tour. He worked hard and played hard. May he rest in peace.

Per Tony’s wishes, there will be no formal funeral service. His immediate family will have a Celebration of Life at a later date in BC.

No one can steal.”