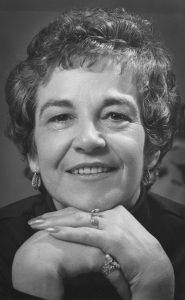 AMY LENORA BURKE (neè Hunt) of Milk River, passed away at the Milk River Health Centre on Tuesday, December 25, 2018 at the age of 96 years.

Amy Hunt was born November 20, 1922 to Vern & Amy Hunt in Milk River. She lived in Milk River until she married Waldo Ross on November 22, 1942 and moved to Warner. She had four children: Gordon, Rodney, Tom and Lana. In 1962, they bought a ranch west of Fort Macleod and moved there. In 1970, Amy & Waldo divorced and she married Dean Burke. They lived in Jamaica for two years, before moving to San Jose, CA and later to Auburn, CA. Dean passed away in 1989 and she moved back to Warner. In 2010, Amy moved to Milk River, and then to the rest home until her passing.

Amy loved life. Some of her favorite things were music, dancing, gardening and entertaining and visiting with family and friends. Her door was always open.

“If ever there comes a day we can’t be together, keep me in your heart. I’ll stay there forever.”

A Graveside Service will be held at the MILK RIVER CEMETERY, on Saturday, May 4th, 2019 at 2:30 P.M. with a Reception to follow at the Warner Senior’s Centre.

In lieu of flowers, donations may be made to the Milk River Health Centre, Box 90, Milk River, AB T1K 1M0.