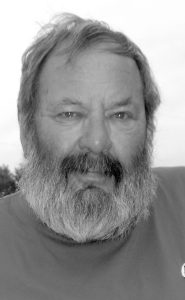 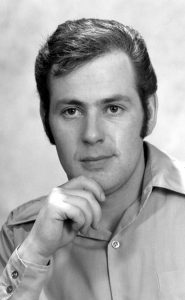 Mr. Marvin Arneson of Coalhurst, beloved husband of Alison Arneson passed away at the Chinook Regional Hospital on Wednesday, May 1, 2019 at the age of 72 years. Marv was born in Wadena, SK on September 30, 1946. He moved to Alberta with his family in 1960 and spent his school years in the Vermilion area. He began his working life with the CN Railway, then moved on to be a grain buyer for National Grain and later a feed mill operator. He met and married his wife Alison in 1966, and the young family moved to Coalhurst in 1972 where he resided until his passing. Marv was a fellow who loved to build, fix, repair and was handy at almost anything. He self-studied and challenged the exam and was extremely proud to receive his Millwright ticket. He eventually went to work for Coca Cola and was there for 26 years. He was well known as the Coca Cola service man in Southern Alberta. Marv enjoyed curling with the Moose for several years and has been a lifelong hockey fan. Go Flames! He liked to go camping with family and friends and spent many enjoyable weekends in the mountains. He was a proud member of the Royal Canadian Legion Coalhurst Branch 273 and was a part of the volunteer group who built the new branch. In latter years, he and his wife Alison did some traveling together in Canada, and overseas which they enjoyed immensely. Besides his loving wife Alison, Marv is survived by his sons, Heath and Lance (Jackie); grandchildren Justin Robert, Justin Heath, Jordin, Trent, Jack, Josh, Annika and Jannell; great grandchildren Emma, Vannessa and Aiyonna; sisters Norma (Don), Dorothea, Carol (Jack); brother Charles (Suryea) as well as numerous nieces, nephews and their families He was predeceased by his parents Elmer and Dorothy Arneson, and daughter in law Jo-Ann. A Memorial Service will be held from 2:00pm to 5:00pm on Sunday May 12, 2019 at the COALHURST LEGION 5205 6 STREET, Coalhurst, Alberta. Flowers are gratefully declined. For those who wish, memorial donations may be made to Big Brothers and Big Sisters 622 6 Ave S, Lethbridge, AB T1J 0Z3.

Leave a Condolence for Ernie Arneson