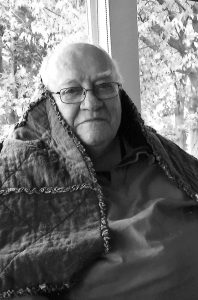 Mr. Earle Thomas Herbert of Lethbridge passed away at Legacy Lodge on Wednesday, June 5, 2019 at the age of 91 years. Earle was a loving husband, father, Grandfather, Great Grandfather and Uncle to many Nieces and Nephews. Born Hugh John McMillian to Dora Tucker and Hugh McMillian on May 26th, 1928 in Carman Manitoba. Due to life’s hardships he was adopted by Robert and Ethel Herbert in 1932 and became Earle Thomas Herbert. Except for the small amount of time spent in Manitoba he spent the majority of it in Lethbridge from age 4 to 91. My Dad was a good man with a kind-hearted soul he also had a very witty sense of humour when you got to know him. He was always trying to help anyone when it was needed until his stamina was gone. I could see this trait really come out the older he became and moved into Legacy Lodge. He pushed people in wheelchairs back to their room especially if they didn’t know which direction to go or if someone was crying and upset he would give comforting words and tell then its ok and at the dining room table if someone needed their meat cut he always helped them. We took many trips down memory lane over the years and I remember him telling me that he never had a job that he didn’t like. He drove Taxi in 1948 and worked for the CPR in 1949 where he was in a train wreck in Brocket. We laughed because after the derailment all he could think of was his big metal lunch box that got lost in the wreck. Eventually he ended up working for the City of Lethbridge at the power plant and the water treatment plant until his retirement in 1989, where he made countless lifelong friends and many fond memories. Whether the grandkids knew it or not, he was their biggest cheerleader for anything they decided to do in their life journeys. He was always excited to hear of their adventures and bragged about how proud he was of each and every one of them. Dad, there won’t be a day that goes by that we won’t think of you and all the happy memories we have made together. Rest in peace “old guy” until we meet again. Earle is survived by his daughter Kim (Chris) Nielsen; granddaughter Megan (Lyle) Holberton; grandsons Adam (Jen) Nielsen, Tyler Herbert, Evan Herbert and Joel Herbert; step grandson Chase Holberton and great grandson Hunter Thomas Holberton who always brightened my Dads day when he came for a visit, as well as his sister Mary Watson; daughter in law Dr. Linda Herbert and last but not least his stepdaughter and great friend Sandy (Allan) Bihari. Earle was predeceased by his Mom and Dad Robert and Ethel Herbert; his loving wife Ethel-Mae (Flip) Herbert 1984, his son Tom 2008; sister Lil Allison 2006; stepsister Louise Fredericks as well as his 2nd wife Lucille in 2008. Cremation entrusted to Martin Brothers Funeral Chapels. There will be no Funeral Service as per Earle’s wishes. An Interment will be held at 10:00am, on Saturday, June 29, 2019 at the ARCHMOUNT CEMETERY, 2710 Westside Dr W, Lethbridge, Alberta, where he will lie with his loving wife Flip and son Tom.