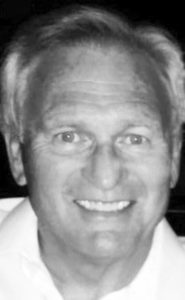 It is with heavy hearts that we announce the passing of our beloved Husband, Father, Brother, Step-Father, and Grandfather. On July 6, 2019 Seamas Vincent Skelly passed away peacefully surrounded by his loving family. Seamas was born in the family home in Sliabh An Ri in county Meath, Ireland on July 25,1949. He was a pupil in his Father’s class in elementary school in Gehans Town, later attending Boarding School in Kilnacrott, and finishing his education at the Bolton Street College receiving a degree as a Quantity Surveyor. Seamas had worked in Dublin, London, and Tehran. He then settled in Lethbridge in 1977, where he was employed by the Government of Alberta for 38 years. In the winter of 2005 Seamas met the love of his life, Cindy Leenstra. They were married on July 6, 2008. Seamas and Cindy loved traveling and often found themselves home in Ireland visiting with his family. As a very gifted musician, Seamas was always known to sing a tune, strum his guitar or compose a song. Seamas was also an avid sportsman. He loved to golf, and played many sports in his youth, including hurling, Gaelic football, and rugby. Seamas was inducted into the Lethbridge Sports Hall of Fame in 2009 for his contributions in starting the Rugby program in four high schools in Lethbridge. If you couldn’t find Seamas on the golf course, or sipping a drink in his garden, he would be out walking in the coulees with his two dogs. Seamas is survived by his adoring wife Cindy; children Victoria (Tyler) Perry, Liam (Chandra) Skelly; step-children Keith (Shannon) Dykslag, Tiffany (James) Long, Riley (Shaelen) Dykslag, and Jillian (Mathew) Calnan; grandchildren Benjamin, Maverick, Memphis, Lucia, Roman, Georgia and Finley. His Siblings Eilis (Donal) Voyles, Nuala (Michael) Fagan, Imelda Wellington, Cait Skelly, Maire (Robert) Spencer, Stephen (Helen) Skelly, Aine Skelly, Dolores (Bobby) O’Connor and numerous nieces and nephews. Seamas is predeceased by his parents, Stephen and Olive Skelly, and his brother Paul Skelly.

One Condolence for “SKELLY, Seamas”