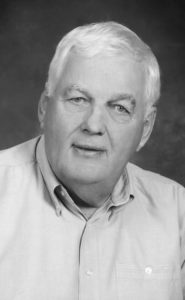 HUIBRECHT “HUIB” GROENENBOOM, beloved husband of Leny Groenenboom of Lethbridge, passed away peacefully at the Chinook Regional Hospital on Saturday, July 27, 2019 at the age of 79 years, after a long and courageous battle with cancer.

Huib was born on June 6, 1940 in Barendrecht, Netherlands and immigrated with his family to Barhill, AB in March of 1952, to work the sugar beet fields. In 1955, his family was able to purchase their first farm from Jack Green (six miles north of Kipp) and they began farming together. In 1972, he met his wife, Leny, they married in 1973. Together they raised their three boys on the farm north of Kipp. They continued farming together with Huib’s brothers, until Huib & Leny started on their own in 1981, with the boys later joining them in the operation. In 2006, he retired to Park Lake, where he spent time tending to his beautiful acreage yard, but was still always there to lend a hand to the boys on the farm.

He is also survived by his brothers, Jake (Betsy) Groenenboom and Dan (Riet) Groenenboom, his sisters, Jean Dekreek, Henny Wiskerke, Ria (Joe) Fedyniak, Janny (Keith) Nugent, Truus Bolokoski, Cobie (Andrew) Oosterbroek and Mieke (Bob) Rice and his sister-in-law, Riet Bezemer in the Netherlands, as well as numerous nieces and nephews in Canada and in Holland.

Huib’s wife, children and grandchildren were his pride and joy and he loved them dearly. Farming was his life but he also enjoyed camping, fishing, playing crib with friends and sitting on his deck over-looking the field.

Dad received so much support from family, friends, doctors, nurses, and other care givers. We are all very thankful to you all! In lieu of flowers, those who wish can make a donation to the Jack Addy Cancer Clinic, the Lethbridge Food Bank or another charity of your choosing.

One Condolence for “GROENENBOOM, Huibrecht”