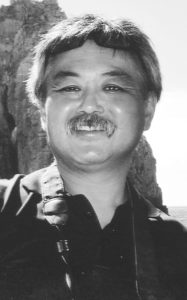 JAMES AKIRA TSUKISHIMA passed away at the age of 54 on July 24, 2019 after a brief and sudden illness. Jim was born June 18, 1965 in Coaldale, Alberta and was raised on the family farm. After completing high school in Coaldale, he attended the University of Saskatchewan and obtained his degree in Agriculture. He then returned to Coaldale to work on the family farm. After his farming days, Jim worked numerous jobs while living in Lethbridge.

When Jim’s eyesight started deteriorating, he focused on his personal passions which included being an instructor at the Judo Club, Dragon Boat Racing, being and active member of the church and travel.

Jim is survived by his mother Sumie, his brother Ken (Angelina) and his two nieces Emma and Grace.

Friends are welcome to meet with the family on Friday, August 2, 2019 between 7-8pm at SALMON AND SONS FUNERAL HOME, 433 Stubb Ross Road South

A Memorial Service will be held on Saturday August 3, 2019 starting at 10am at the BUDDHIST TEMPLE OF SOUTHERN ALBERTA, 470-40 Street South.

In lieu of flowers, memorial donations can be made the CNIB or the Lethbridge Judo Club.

One Condolence for “TSUKISHIMA, James”