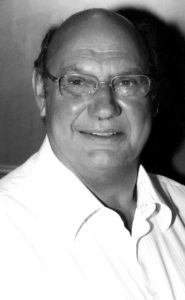 DONAT AIME JOSEPH MELANSON, beloved husband of Cynthia Melanson, passed away in Cardston on Sunday, August 4, 2019 at home surrounded by his wife and children after a long battle with cancer at the age of 72 years.

Don is survived by his loving and most supportive wife, Cynthia, his son, Joe (Lisa and Ashlea), his daughters, Terra (Doug) and Aleshia. Don enjoyed fishing, camping and the occasional round of golf. Don loved his Schnauzers, Jake and Sophie, with whom he is reunited with.

Don was born in Winnipeg in St. Bonface Hospital and grew up in Portage La Prairie and Winnipeg. He was the 13th of 15 children and is survived by 2 sisters, Doreen and Joyce.

Don and his family moved to Cardston, Alberta in 1976 to work on his brother-in-law’s ranch, however Don and cows did not get along so he decided to return to long haul trucking. He retired in 2011. Don continued to do some trucking after retirement for McRae’s and some local farmers.

During his retirement you could often find Don on his boat trying to catch the perfect Walleye or with his beloved wife camping with good friends like the Lund’s. Don enjoyed golfing with his son-in-law, Doug, and his stepgrandchildren, Ben and Cassidy, and with other friends. On Sundays Don often watched Patriots Football or golf with his adopted nephew, Tommy. Don was a very proud Legion member. He was President for a time but became too ill to continue. Don managed the bar at the legion for many years and met many wonderful people doing so. Getting a big smile out of Don was as easy as mentioning his granddaughter, Ashlea, of whom he was so very proud. He loved her very much.

A Viewing and Eulogy will be held at St. Theresa’s Catholic Church, Cardston, Alberta on Wednesday, August 7th from 7:00 to 8:00 p.m.

The Funeral Mass will be held at St. Theresa’s Catholic Church, Cardston, Alberta on Thursday, August 8th, 2019 at 11:00 a.m. with Father Benedicto A. Tugano Officiating. Interment in the Cardston Cemetery. In Lieu of flowers, donations may be made to the Jack Ady Cancer center.