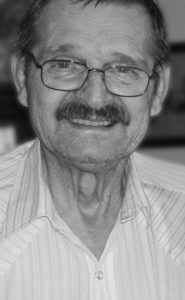 CORNELIUS “CARL” BRAUN, of Calgary, passed away at South Health Campus in Calgary, on Monday, August 26, 2019 at the age of 79 years.

Carl is survived by his three children: Robert Braun of Hinton, Kelly Braun of Calgary and Norman Braun of Hinton; six grandchildren Douglas and Justin Braun, Elex and Karlyn Willms and Arturo and Arianna Gonzalez; and two great-grandchildren Shelly and Viktor. Carl is also survived by his brothers: Peter (Margaret) Braun of Grimshaw, George Braun of Eckville and Bill Braun of Fort Macleod; sister Katharina Thomas of Brooks as well as numerous nieces, nephews and their families.

I do not consider today, a day of mourning. It is merely a day of reflection and a day to lay to rest, what once was. This, obviously is no longer someone’s husband, father, granddad, uncle or brother, but merely the ashes of what once was all of those things and more.

Some like to think he is in heaven, others, the next realm, or plain of existence. Whatever we want to believe… believe this. He is in a much better place and probably much happier and finally pain free. We’ll all miss him and I would like to think he’s here watching and probably happy about the simplicity of all of this. All we can do now is remember what once was as we scatter the ashes of what no longer is.

At Carl’s request, a Private Family Service will be held at a later date.