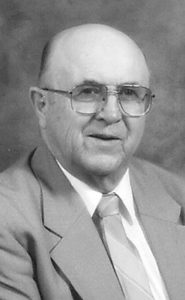 With heavy hearts and deep sadness, the family of VINCENT “VINCE” HARTY announces his sudden passing in Lethbridge, on Tuesday, August 27, 2019 at the age of 83 years.

Vince is survived by his loving wife of 59 years, Ann and their four children: Lucinda “Cindy” (Mike) Warner, Dale Harty, Stephan (Kathryn) Harty & Lynette Harty, all of Lethbridge. He will affectionately be remembered by his five grandchildren: Daniel Warner of Edmonton, Julianne Warner and Annelise, Stephana & Sydney Harty, all of Lethbridge. He is also survived by his sister Marion Halvorson of Bow Island, AB and his brothers Mark (Merelyn) Harty of Milk River, AB, Conrad (Phyllis) Harty of Whitecourt, AB and Peter (Lynn) Harty of Carstairs, AB as well as numerous nieces, nephews, cousins and in-laws.

Vincent was born at Faith, AB and raised on the family farm. After finishing school, he worked several different jobs throughout southern Alberta. In 1960, he married Ann Holecka of Iron Springs and in 1961, they settled in Lethbridge to raise their family. Vincent then embarked on a successful career in the real estate profession, retiring in 1997 after 36 rewarding years.

The Funeral Mass will be celebrated at OUR LADY OF THE ASSUMPTION CATHOLIC CHURCH, 2405 – 12 Avenue South, Lethbridge, AB, on Wednesday, September 4, 2019 at 10:00 A.M. with Father Kevin Tumback celebrating.

Following the Mass, Vince will be laid to rest in Mountain View Cemetery.