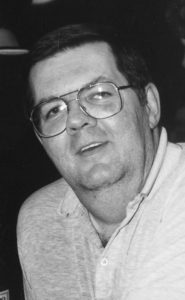 GRANT ELLIS MOFFATT, of Lethbridge, Alberta, passed away peacefully, on Saturday, August 31, 2019, at the age of 67.

He was born in Rosetown, Saskatchewan on November 19th, 1951. He worked for John Deere, then joined the army for a short while. He attended Vermillion college from 1972 to 1974, studying Renewable Resources. After college, he worked as a park warden for several parks throughout Alberta. He also worked for one year as a highway patrol officer. After being introduced to computers, he got the bug and went for it full time.

He is predeceased by his first wife, Sheilagh Warner, his father, Keith Moffatt and mother, Florence Moffatt.

He will be dearly missed by his wife, Cathy, daughters, Laura (Stuart), Jessica (Evan); his brothers, Larry, Bill; one sister Margaret-Ann, as well as their spouses, children, and grandchildren.

No formal service will be held.

One Condolence for “MOFFATT, Grant”