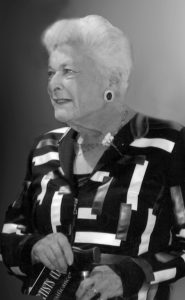 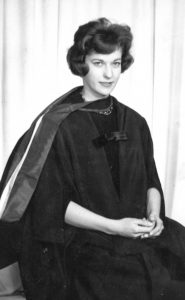 Dr. Barbara Ann Lacey of Lethbridge, Alberta, beloved wife of the late Dr. Ronald Arthur Lacey, passed away suddenly on September 19, 2019, at the age of 81 years. Barbara Etheridge was born in Coventry, Warwickshire, UK, on February 11, 1938. She received all her schooling in Coventry until she went to London to study medicine at the Middlesex Hospital. It was there that she met her future husband. Upon graduation in November, 1961, she worked as a physician in Public Health and Family Practice. She married Ronald in 1962 and the family moved to Lethbridge, Alberta, in September 1968, where both doctors were employed at the Bigelow Fowler Clinic. As one of only three female doctors in Lethbridge at the time she was especially proud of her work on the Alberta Day Care Task Force. Barbara remained with the clinic until 1977 when she was hired as joint Medical Officer and Chief Executive Officer at the Lethbridge Health Unit. She was instrumental in developing many new public health programs in the community and remained in the position until 1995. Barbara then decided to run for a position on City Council and served as an elected member for five terms between 1995 and 2010. She tirelessly worked with the Committee on Social Issues as well as numerous other Boards and committees in the areas of social policy development, housing, arts and culture, family and children’s services, and policing and municipal planning. She later served as the Chairman of the Oldman River Health Advisory Council and remained active in the community. Barbara was pre-deceased by her loving husband Ronald in 2003, and is survived by her daughter, Caroline (Bruce) Northey, son Simon Lacey, and grandchildren Pippa Northey and Nick Northey. A Memorial Service will be held at 1:00 PM on Saturday, November 9, 2019, at SAINT AUGUSTINE’S ANGLICAN CHURCH, 411 11 St S, Lethbridge, Alberta, with The Reverend Canon James Robinson officiating. Flowers are gratefully declined. For those who wish, please consider memorial donations to the Allied Arts Council of Lethbridge, 318 7 St S, Lethbridge, AB T1J 2G2, or St. Michael’s Health Centre, 1400 9 Ave S, Lethbridge, AB T1J 4V5.