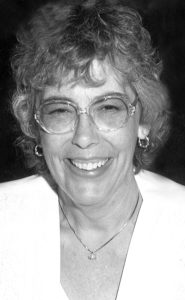 Mrs. Johanna “Joan” Tryntje Jamieson of Lethbridge, beloved wife of the late Mr. James Jamieson, passed away peacefully, surrounded by family at the Chinook Regional Hospital on Thursday, October 3, 2019 at the age of 65 years. Joan was born in Lethbridge, Alberta on December 28, 1953. Her life’s work was in the service industry with the majority being at the Credit Union, and later the Royal Bank, where she was employed until early retirement due to illness. Joan had a passion for the outdoors and travel, whether it be on the beach, or camping in the mountains. She loved animals and was never without a pet (or 2 or 3). Most of all Joan cherished time spent with her children, grandchildren, and friends. She will be dearly missed. Joan is survived by her 2 sons Jason (Tanya) Hueppelsheuser and Joey (Tammy) Campbell; 2 step daughters Jacki (Ryan) Fuhrmann and Julie (Wade Colbow) Robertson; grandchildren Paige, Lainie, Ryder, Corbin, MacKenzie, Luna, Spencer, Ethan, Stephan, Lee, Wesley, Shanea, Justin, Keegan and Annika. Besides her loving husband James Jamieson, Joan is predeceased by her parents Cornelius and Anne Boonstoppel. The family wishes to express gratitude to the entire staff of Good Samaritan’s Park Meadows, as well as EMS Physicians of Family Medical Clinic and Nurses of units 3B, 4A, 4B, 4C and ER, for the exceptional care given to Joan over the last months. A special thank you is extended to 3B nurses and Dr. Cahill for ensuring Joan’s comfort in her last days. Flowers are gratefully declined. For those who wish, memorial donations may be made to the Good Samaritan Park Meadows Village (Resident’s Program Fundraisers), 1511 15 Avenue North, Lethbridge, Alberta, T1H 1W2. A Celebration of Joan’s Life will be held at 2:00pm, on Thursday, October 10, 2019 at MARTIN BROTHERS RIVERVIEW CHAPEL, 610- 4 STREET SOUTH, Lethbridge, Alberta, with Reverend Lois Punton, officiating.

One Condolence for “JAMIESON, Johanna”