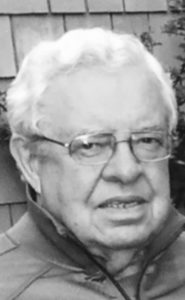 Vic was a proud RCMP Officer for 23 years and was stationed in Inuvik and throughout Alberta during his service. After retiring to Lethbridge, he pursued several other careers, including real estate and running a fabric store with Jay.

Vic enjoyed camping with his family, which often included gold-panning excursions. He liked walking through the coulees and along golf courses where many people saw him picking up lost golf balls.

He had a passion for cars and owned hundreds over the course of his life. He liked buying, fixing and selling them. He and Jay loved traveling to the mountains and enjoyed going to weekend trips across the border. He was an active member of the RCMP Veteran’s Association and the International Police Association.

At Vic’s request, no formal funeral service will be held. He will be interred in Regina in the RCMP Depot Cemetery.