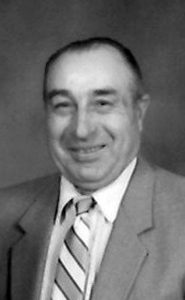 Mr. Leonard Kirsch of Shaughnessy, beloved husband of the late Mrs. Elizabeth Kirsch, passed away at Chinook Regional Hospital on Monday, October 7, 2019 at the age of 92 years. Leo was born in Emiuke, Ukraine on January 9, 1927 to Leopold and Olga Kirsch. Leo’s father was taken from the family when Leo was very young, leaving Leo, his mother and 3 sisters to provide for themselves. After living in Poland for a few months they escaped to Leinburg Hyde in Germany. In 1953, Leo and his family immigrated to Canada residing in the Picture Butte area. On April 18, 1961, Leo married Elizabeth, and on December 31, 1965, their son Reinhold was born. Leo was a hard-working man. When first arriving in Canada, he hoed beets for local farmers. Shortly after, be built his own home and then years later built his second home which he resided in until his passing. Leo was not afraid to try new things, as he then built and operated his own chicken barn, collecting and selling eggs for years. But Leo’s true passion would be working at the Sicks Brewery (Molson) in the Greenhouses. There he played an important role in growing the flowers needed to plant on the Brewery garden hill. The Christmas decorations were spectacular, bringing so much joy to the Lethbridge community. In 1980 Leo and his wife started their own business in the Shaughnessy Greenhouses. He could also often be found growing his beautiful gladiola flowers and vegetable garden. Leo loved to listen and sing along with his German music. He often enjoyed watching the Lawrence Welk Show. He enjoyed having his shots of Jagermeister and singing a song or two with his friend Bill or (Amigo) as he called him. Together they would often watch wrestling and enjoy each other’s company. Leo was a kind man who would spoil the children with chocolate and treats. On their birthdays or at Christmas, he always had a card with money in it for them. They were all special to him. Leo’s traditional New Year’s parties were always fun, with good music, family and lots of food. We will always remember our conversations as Leo would reminisce about the old days. He had an amazing memory and would always recollect may details of his past. But one thing was for certain that his always end with a follow up of “Let me tell you….” and the story would continue Family and friends are invited to pay their respects from 10:00am to 11:00am on Friday, October 11, 2019 at MARTIN BROTHERS RIVERVIEW CHAPEL, 610 – 4 STREET SOUTH, Lethbridge, Alberta. A Funeral Service will be held at 11:00am on Friday, October 11, 2019 at MARTIN BROTHERS RIVERVIEW CHAPEL, 610 – 4 STREET SOUTH, Lethbridge, Alberta, with Reverend Trevor Potter, officiating. Interment will follow at Mountain View Cemetery.