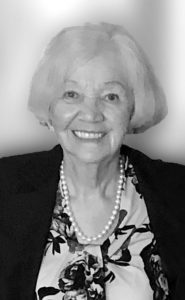 Christine Lynette Mensch (formerly Harms) of Lethbridge passed away on October 19, 2019, at the age of 72 years, at the Palliative Care Unit at St. Michael’s Health Centre after a valiant battle with cancer (multiple myeloma). Christine was born on April 12, 1947 in Mexico. At the age of seven, she moved with her family to rural Saskatchewan and then to southern Alberta. She spoke Spanish and German in addition to English. Christine was a strong Christian; her unwavering faith sustained her through her well-lived life and during her long and difficult illness. Christine loved reading and studying the Bible and Christian teachings. She wrote and published two books and volunteered at her church through various ministries. She was also a wonderful homemaker, cook and baker. Most of all, she enjoyed spending time with her family, particularly her grandchildren whom she adored. Christine is survived by her husband Nick; daughter Laura (Ken DeLong) and her grandchildren Olivia and Jackson DeLong, who were her greatest joy and the light of her life. Christine is also survived by her brother Frank Harms (Sally); and her sisters Anne Keown (Brent), Helen Plesko, Mary Rose, Eva Harms, Elsie Skorek (Dennis), and Gracie Scott, as well as numerous nieces and nephews and their families. She was predeceased by her parents, Frank and Justina Harms, brother, Jake Harms and nephew, Dustin Harms. A Memorial Service will be held at 1:00pm, on Saturday, October 26, 2019 at ROC CHRISTIAN MINISTRIES, 1220 – 23rd Avenue, Coaldale, Alberta.