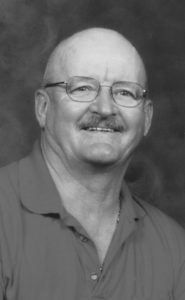 GLEN H. BERRY, of Lethbridge, sadly passed away at the Foothills Medical Centre on Saturday, October 12, 2019 at the age of 80 years.

Glen is survived by his loving wife of 59 years Shirley and his three children, Jody (Tony) of Langley BC, Ryan (Karly) of Kimberley BC, and Chris (Lori) of Lethbridge and grandchildren Justin (Jamie), Ethan, Riley, Spencer, Dreyton, Jaimie Alex, Hunter and Samantha as well as many cousins, nieces and nephews. He is also survived by his brothers Doug (Diana) and Bob (Danielle). Glen was predeceased by his parents Alan and Doris Berry, his daughter Shelley and his brother Peter (Sharee).

Glen began his career in policing in 1960 with the Lethbridge Police Service and continued with the Calgary Police Service in 1967 until his retirement in 1985, serving in several divisions to broaden his knowledge. Notably being the first K9 handler in Lethbridge.

After retiring, Glen and Shirley moved to Nanaimo, BC but moved back to Calgary after seven years. Once in Calgary, they decided to go back to their roots and the beginning of their story, Lethbridge.

Glen had a strong love for photography, traveling as far as Nova Scotia to capture the lighthouses. He took photos for his alma mater, LCI, and was the photographer for many Powwows and rodeos in the Lethbridge area.

Glen was the friend you wanted to have. Once you met him, he was your friend for life. He was both the voice of reason and the devil’s advocate all in one – it was the policeman in him looking at things from all directions.

Glen will live on forever through those that knew and loved him and in our hearts.

As he would say, “I left the field with no regrets” and “Just tell everyone – the guy had fun”. And indeed, he did.