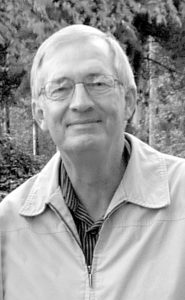 Mr. Bruno Toews of Lethbridge, beloved husband of Mrs. Helen Toews, passed away peacefully surrounded by loving family and friends, at the Chinook Regional Hospital on Wednesday, November 20, 2019, at the age of 77 years. Bruno Toews was born to Isaac and Frieda Toews on May 11, 1942 in St. Boniface, Manitoba. He spent a memorable childhood in North Kildonan, Winnipeg with many friends and family living close by. He dedicated his life to Christ at Camp Arnes at the age of 10 and spent many a summer engaging in camp life both as a camper and a counsellor. He met his bride, Helen Dueck, while attending Winkler Bible School and was married in Coaldale on June 5, 1965. Shortly after marriage Dad successfully planted a church in Northern Ontario which he pastored for 7 years. In 1973 he moved to Southern Alberta with his wife and 2 children where the family was completed with the birth of his youngest daughter. He fulfilled his lifelong dream of farming and owned and operated a dairy farm in the Sunnyside area where he remained until 2017. Dad’s pastoral heart was evident as he engaged in church life at the Coaldale MB Church as well as participated in many agriculture boards. His move to town continued to show his love of community as Dad spent tri-weekly gatherings at the local Burger King. Bruno is survived by his beloved wife Helen Toews and his children; Yvonne (Darryl) Groenenboom, Sheldon (Lynn) Toews, Laurali (Carlin) Fehr. He will also be dearly missed by his grandchildren; Spencer, Shelby, Cheyenne (Jeremy), Nikita, Peyton; Eric, Ethan, Faithe (Ryan), Tristan, Eli, Wesley, Everleigh; Sierra, Logan, and Brooke. He is also survived by his brother Richard (Debbie) Toews, his sisters Marian (Henry) Reimer, Naomi (Dennis) Searl, Beverly (Paul) Patterson, brother-in-laws Walter (Naomi) Dueck, John (Frieda) Dueck, Art (Alice) Dueck, Ron (Gloria) Dueck and sister-in-law Elsie (Dave) Wiens, special adopted Japanese daughter Nozomi Inoue as well as many nephews and nieces. A special thank you to the staff of LRH on unit 4B for their care and compassion. Friends and family are invited to pay their respects at 7:00pm, on Monday, November 25, 2019, at MARTIN BROTHERS RIVERVIEW CHAPELS, 610-4 Street South, Lethbridge, Alberta. An opportunity to share memories about Bruno will begin at 7:30pm. A Celebration of Life will be held at 1:00pm, on Tuesday, November 26, 2019, at the EVANGELICAL FREE CHURCH OF LETHBRIDGE, 4717 – 24 Avenue South, Lethbridge, Alberta, with Pastor Gary Burke officiating. A Graveside Service will be held prior at the Royal View Cemetery. Flowers are gratefully declined. For those who wish, memorial donations may be made at the service to The Gideon’s, PO Box 3619 Stn Main, Guelph, ON N1H 9Z9.

One Condolence for “TOEWS, Bruno”