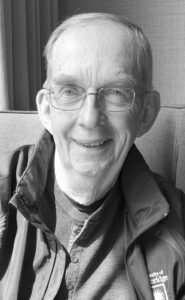 Mr. Richard Allen Chase, beloved husband of Alice Chase, passed away at the Chinook Regional Hospital on November 26, 2019. He was born at the Galt Hospital in Lethbridge, Alberta, to I.L and Thora Chase of Masinasin, Alberta. He was raised on the family farm and attended school in Masinasin and Erle Rivers High School in Milk River. Richard continued his studies at the University of Lethbridge, graduating with a B.Ed in library science, awarded with distinction, and receiving the William Aberhart Gold Medal in Education. He began his teaching career in 1969 at Lakeview Elementary School where he was the teacher-librarian. He guided countless students and teachers with his expansive knowledge of books and technology. Richard loved the land, enjoying farming with his parents and exploring the many wonderful features of the Sweet Grass Hills and Writing-on-Stone Provincial Park. Richard and Alice (Turnbull) were married on December 23, 1970, at McKillop United Church. In 1976 they purchased property in the Gladstone Valley west of Pincher Creek and enjoyed its beauty for 42 years. Richard was a passionate advocate for children’s literature. In 2001, upon his retirement from Lakeview School, he began to promote the best of Canadian literature for young children through the Children’s Literature Roundtable, the Canadian Children’s Book Center, and the Rocky Mountain Book Award: The Alberta Children’s Choice Book Award Program. He hosted many outstanding Canadian authors in Lethbridge and often made arrangements to send them to small or remote schools and libraries that would not otherwise have had an opportunity to interact with a “real author” Richard is survived by his wife, Alice; his sister Wendy (Derek) Baron and their children Cam and Ryan; his sister-in-law and brother-in-law Bev and Ed Potter; his niece Cathy Burke and her children Jillian (Jarett) and Ethan; and his nephew Trevor Potter (Becky Eckert) and their children Sophie and Naomi. Also surviving Richard are his brother-in-law Gordon Turnbull; his sister-in-law Carol-Ann Turnbull; his niece Shannon Scherger (Ken) and her children Tyler and Tomas; and Curtis (Nanette) Turnbull and their children Kimberly, Kelly and Dyllan. He was predeceased by his parents, Alice’s parents Annie and W.J. (Bill) Turnbull, and his brother-in-law Rodney Turnbull. A celebration of Richard’s life will be held at 11:00am, on Saturday, December 7, 2019, at the MCKILLOP UNITED CHURCH, 2329 15 Ave S, Lethbridge, Alberta, with Reverend Trevor Potter and Reverend Rebekah Eckert presiding. In lieu of flowers, donations may be made to a charity of your choice or to the Rocky Mountain Book Award (RMBA), c/o Box 42 Station Main, Lethbridge, Alberta T1V 3Y4, to assist in the continued promotion of quality Canadian children’s literature, a cause which Richard was deeply committed. A private family Graveside Service will be held prior in the Mountain View Cemetery.

One Condolence for “CHASE, Richard”