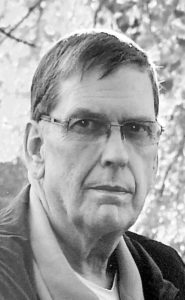 Season Four of the “Life of Bryan Harris” concluded on December 1st, 2019 to really good reviews! Season One started off a little slow on March 1st 1942 when Bryan was born but got more interesting in Season two when he first experienced international travel in 1961 as an LDS Missionary in the storied country of France. Season Three started in 1964 where he quietly conducted the highs, lows, and steady notes of the newly released “Life’s Opera” performed by his beautiful wife Ann with a supporting cast of five young actors: Steven, Lisa, Kerry, Wendy and Barbara. Season Four was the most compelling as he maneuvered the peaks and valleys of life with multiple endeavours settling on the undulating Prairies of Taber, Alberta where his family’s farmland was now clothed by him in the silent power of the crops of his day. Bryan appeared to dominate no scene yet this gentle giant drew all eyes; then smiles and a familiar peace that comes from someone who can protect when necessary and comfort with grace when it is required. He loved humour and, had the script have allowed it, more would have known he was a great thinker, writer and poet. Always drawn to the theatre, movies became a destination he took all he loved on and also showed that, as no respecter of persons, he could shake a popcorn bag that left you feeling like you were sitting in D-Box! He was a faithful man and a humble servant who lead by example. Throughout the entirety of his life he was a firm and unshakable member of the Church of Jesus Christ of Latter-Day Saints. He was loved and adored by his children, grandchildren, and all who knew him. He was a great supporting actor who stood behind many successes who will carry on his legacy in this life. He was a true man filled with love, kindness, gentleness, and a steady resolve to do good, he was a “Man for all Seasons”. Bryan’s Family Includes: Wife: Ann Harris Children: Steven (Mona) Harris Lisa (Kevin) Rodgers Kerry (Kevin) Cameron Wendy Harris Barbara (John) Brosius 16 Grandchildren – 6 Great Grandchildren Siblings: Marion (Mindy) Harris (Deceased) Karen (David) Gibbs Leanne (Walter) Siemens David (Lisa) Harris And numerous Nieces and Nephews Meet with the Family Wednesday, December 4, 2019 from 7:00pm – 8:00pm at the Taber LDS Stake center. Funeral Thursday, December 5, 2019 at the Taber LDS Stake center. Meet with the family 10:00 am – 10:45 am. Funeral at 11:00 am