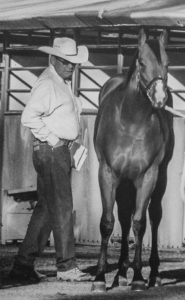 DOMINIC ALVIN CROSS CHILD JR. (Onnistaomaahka), beloved husband of Delia, was called home by the Creator amidst Prayer and Song on Saturday, January 4, 2020 at the age of 59 years.

Alvin was born Sept. 2, 1960, to Dominic Cross Child and Dorothy (No Runner). The third of six children, Jennifer, Charlotte, Calvin (Paula), Delphine and Sherry (Shane) Little Bear. He was predominantly raised in the Akaaksamaaksi/Old Agency community of the Blood Reserve amongst his grandparents, uncle, aunts and cousins. Blessed with an idyllic childhood and part of a close extended family, he spent month long encampments at the Sundance, with his cousins where they swam in the rivers, and spent long days horseback riding and explored Old Agency with his brothers Tom, Delvin, Calvin, late Robert and Clayton along with the rest of the North End Boys. Daily ranch work with horses and cattle instilled in him at an early age his excellent work ethic that he carried throughout his lifetime. He was an excellent provider to all.

Alvin married the love of his life Delia Little Mustache in 1980. Together for 40 years they built a home and raised their family. He was a proud and loving father to his four beautiful children, Deanne (Casey), Levi (Melissa), Niki and Joely (Troy). A devoted family man, he was extremely proud of his wife’s talent as an artist; building a studio for her, always in awe of the artwork she created. Dressed in his finest, Alvin watched Delia and all his children walk across the stage to receive their Bachelors Degrees; he always stressed the importance of education and proudly shared their academic achievements. He and Delia were loving grandparents to their grandchildren Hayden, Leighton, Chase, Dowsi, Hudson, Alyssa and Landon; especially proud of their two sets of twin grandchildren. Alvin also had many other adopted children that he always talked about who were also very dear to him. Together they created countless memories for their children and grandchildren, most especially at the Sundance camp, as his whole family played a role in the various societies; which was the highlight of his summers. He always stated that the Sundance was his Christmas. Most recently, Alvin spent his last weekend road trip driving his grandsons, Hayden and Chase to their Hockey Tournaments in Fernie. Alvin was always there for family, friends and community, generously sharing his words of advice and wisdom about life, while maintaining the Blackfoot values. His children and grandchildren were the center of his life. He will be forever missed from his family in Piikani. The loss of Alvin leaves an enormous void in the heart of his family, friends and community.

Alvin began driving school bus in 1980, and since has been a proud member and bus owner within the Blood Reserve School Bus Co-op and was currently serving on the Board of Directors. The school children on his bus lovingly referred to him as ‘Uncle’. Often stopping at the confectionary and buying all his passengers ‘goodies.’ His little friends will miss him immensely. He was a kind and generous man and a protector of children.

At a young age, Alvin undertook his life’s passion of living a spiritual life that included ceremony, family and community; as he took his place as one of the grandfathers to the various societies at the Sundance. Alvin was a valued resource for the schools both on and off the reserve, the healing centers, the post secondary institutions and to all of the Blackfoot Confederacy. He was known for his knowledge and ability to sing that he carried on from his father and his grandfather. Together with his brothers and friends they joined his father Dominic and formed the drum group, ‘Rocky Lake.’ Together they followed his father in becoming accomplished powwow singers.

Alvin was especially known for his horsemanship, carrying on the legacy of horse racing with his partner and brother Calvin. His passion was attending horse sales and often purchased winners. Year after year, he tirelessly crisscrossed the country from northern Alberta, into southern California. Winning many races over the years that brought him as far south to Ruidoso Downs in New Mexico and Los Alamitos in California. It was with great pride that those dreams came true. He will be missed by many of his comrades from the Rocky Mountain Turf Club and the Alberta Horse Racing circuit with whom he established close relationships over the years.

Throughout his lifetime, Alvin meticulously attended to what was most important to him – Faith, Family and work. He lived a very full life.

Following the Funeral Service, Alvin will be laid to rest in One Spot Cemetery.