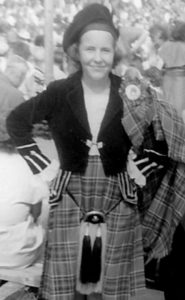 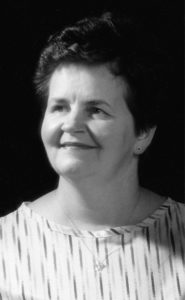 It is with great sadness that we announce the passing of PATRICIA ANN (CORBETT) MORRISON, at the Chinook Regional Hospital, Lethbridge, Alberta on December 6, 2019. “Patty”, as she was lovingly known by her family and friends, was 81 years old.

Patty, the eldest child of the late Edward and Patricia Ann (Jessome) Corbett, was born in Sydney, Nova Scotia on July 30, 1938. She was educated at Holy Angels High School by the Sisters of the Congregation of Notre Dame (CND’s) in the days of the black robes and the blue uniforms.

As a teen, Patty was a competitive Highland Dancer, following in her mother’s footsteps, herself a former Champion dancer. Patty learned to play the Bagpipes as a member of the 1st Sydney Girls Pipe Band. During the summer months Patty and her Mom spent weeks at the Gaelic College in St. Ann’s, Cape Breton, Mom teaching Highland Dancing while Patty followed piping and dancing studies.

When the Canso Causeway was officially opened in 1955, Patty had the honor of being a member of the MacDonald 100 Pipe Band that played and marched across the causeway as part of the ceremony. The band, was composed of Cape Breton Highlander (Army) pipers and Pipe Bands from all over Nova Scotia. The opening of the Canso Causeway was of major significance to Cape Breton culturally, politically, and economically. Some Cape Bretoners still refer to the causeway opening as “the day that Canada joined Cape Breton.”

Following graduation from High school, Patty was employed with Maritime Telephone and Telegraph Company. It was during this time that she met the love of her life, Norman. In 1959 they married and began to build a married life, the foundation of which was to be unity and fidelity. At that time the couple moved to Amherst, Nova Scotia where they, and their beloved son, Alan, lived until Norman’s work transfer to Halifax in 1965. While living in Halifax, Patty was employed for 22 years by Simpsons, and then The Bay.

Patty and Norman retired to Fredericton, New Brunswick in 1989. In 1998, wanting to be closer to their son Alan who was established and working in Alberta, and having been attracted to the western lifestyle via some visits to such events as the Calgary Stampede, Patty and Norman moved to Lethbridge, Alberta where they have lived for the past 21 years. After moving there, they established themselves as active community members through involvement in a number of community activities including volunteering at the Salvation Army Food Bank for a period of 7 years. It was here, in Lethbridge that on August 22, 2019 Patty and Norman celebrated their 60th wedding anniversary.

Patty had the heart of a true Cape Bretoner – outgoing and generous by nature, friendly, kind and considerate of others, with that dry Caper sense of humor and a delightful laugh, she was immediately “likeable” by all who met her, and “loveable” by all who knew her.

The feeling of loss and sorrow is heavy – and can only be overcome by embracing a sense of gratitude for having enjoyed, in this journey called life, such a loving and loveable wife, mother, sister and aunt.

Norman says it best: “She was, my co-pilot, my navigator, my anchor, and my guiding light throughout our many happy years together. Making friends came naturally and effortlessly to her. She was so loving and thoughtful. She will always find herself lovingly embraced in our hearts and memories.”

Cremation has taken place. A memorial service and inurnment will take place in the spring.

In Patty’s memory donations can be made to the Chinook Regional Hospital Foundation, 960 – 19 Street South, Lethbridge, Alberta, T1J 1W5.

Condolences may be sent through www.cornerstonefuneralhome.com

GUN ROBH FOIS AICE AN DIA … MAY SHE REST WITH GOD