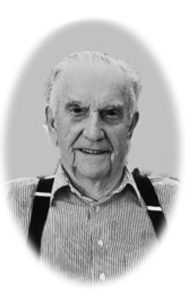 It is with great sadness that we announce the passing of Gordon, age of 90, on Friday, January 3,  2020 at the Claresholm General Hospital, after a bad fall. Gordon Douglas Heyland was born on July 4, 1929 in Lethbridge, Alberta. He lived in the Sundial (Turin), Alberta area with his parents and younger brother. When Gordon was twelve the family moved to Claresholm to farm near the Green Bank District. Gordon is survived by his loving wife of 49 years, Marilyn; his three daughters; Debbie Bannick, Jude Heyland and Tammy (Neil) White; step-children, Roger (Judy) Skoye, Laura (Rob) Gerhardt, Robert (Denise Kokaram) Skoye; and by his brother, Dale (Renee) Heyland. He is also survived by his Grandchildren, Jason (Mariann), Jody, Kelly (Paul), Serena (Matt), Kienan (Beth), Jaclyn (Jeff), Jennifer (David), Eric (Lindsay), Braedan, Megan (Nils), Chelsey (Steven); Great -Grandchildren, Ryan, Matt, Logan, Sebastian, Clara, Theo, Nehemiah, Hailey, Eliyanah, Cedar, Mikayla and Emma. Gordon was predeceased by his parents, Douglas and Dora Heyland; and his only son, Dan Heyland. Gordon was a Bulk Fuel Agent, along with his late father Douglas, for Imperial Oil, later becoming a long- time Distributor for Texaco Fuels. He was also very active in the community, serving with the Claresholm Food Bank for 22 years. In his younger years Gordon was a Volunteer Fireman with the Claresholm Fire Department. Gordon will be dearly missed by all of his family, friends and special girl Caleigh, his beloved kitty. At Gordon’s request, no formal funeral service will be held. In Lieu of Flowers, donations may be made to CAReS, (Claresholm Animal Rescue Society) – Box 2579, Claresholm AB T0L 0T0. Messages of condolence may be left for the family at www.myalternatives.ca

One Condolence for “HEYLAND, Gordon”