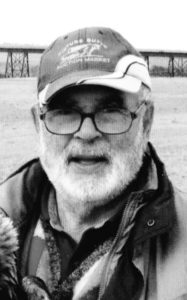 Philip died early on January 22, 2020. A month prior he had celebrated his 96th birthday, with a large party attended by family and friends from all over Canada and the US. He is survived by his wife of 61 years, Jenifer, and by his children Deirdre, Aidan (Margreet), Oliver (Judy), Augustus (Janet), Nicholas (Nikola) and Victoria (Andy); by his grandchildren Niall (Kayley), Nadia (Terry), Megan, Mary, Sally (Magdi), Patrice (Sam), Bergen, Reuben (Heidi), Linnaea, Helene, Alyosha, Nelson, Naomi Rose, Patrick, Rebecca and Aidan; by his great-grandchildren Georgia, Andrew, Clarissa(David), Eleanor, Wilfred, Olivia, Noah, Rory and Felix Rose; by Janet and Harley, by Wendy and Jane; by his half-brother John(Mary), by his sister-in-law Sybil, and by numerous nephews and nieces and their families.

He was pre-deceased by his parents James and Virginia Butterfield, infant son Roland, grandson Damon, his first wife Myra, his brothers James and Aidan, and his son-in-law John.

Philip was born in Vancouver, spent his early childhood in Summerland, BC, did a year at Art School in New York, and then, as a young man went north to Atlin, BC and the Yukon. The three oldest children were born in the north. He worked in the goldmines, was a longshoreman on the steamboats of the Yukon River, was a woodcutter, and taught in schools in Whitehorse. In 1955 the family went to Vancouver where he was a schoolteacher until 1963. After four years at graduate school in Seattle he joined the new University of Lethbridge in southern Alberta as a founding member, and remained there as both an administrator and philosophy professor until his retirement in 1989.

The move to the prairies brought a new interest in raising purebred Shorthorn cattle and so in 1970 the family moved to what became known to us all as “The Farm” in Monarch, Alberta. Philip combined his university activities with raising his considerable herd, showing and selling prize cattle all over the world. He did this while also remodelling the family home with his boys, farming the land, and extensively landscaping the property.

Philip remained on the farm to the age of 91, and in 2015 he and Jenifer moved to Victoria.

Philip loved his family; he loved the farm with all the trees he planted, and all the animals he raised; he enjoyed company and solitude, he loved to argue and debate. He always had a project on hand and was still working on one – his “Wall” – with photos and prints of family, animals, scenes, and whatever, until his final days. He died in his sleep at Sunrise Senior Living in Victoria. We would like to thank the staff of Sunrise for their special attentive and loving care to him during the last year of his life.

We, his large, varied, and extended family will so miss him.

One Condolence for “BUTTERFIELD, Philip”