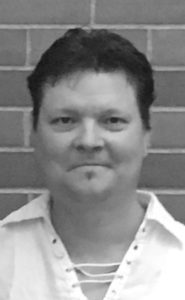 Troy was born in Calgary, AB and raised in Picture Butte, AB. As a young man he was passionate about hockey and started playing in Picture Butte, eventually moving into Lethbridge to play in the Triple “A” Minor Hockey League. Unfortunately his career ended shortly after a knee injury but his passion continued with coaching PeeWee teams in Picture Butte.

Troy had an adventurous spirit and one day, just up and decided to go backpacking with a few of his buddies. They traveled in and around Thailand and then Australia which gave him quite a few memorable stories to tell when he came home.

Troy always wanted to be his own boss and became interested in designing his own shirts. He went to Pittsburg, PA and talked with a manufacturer there then came home with tons of boxes of his own designer shirts called “I Snap” which he sold in a tanning salon. The smart-alec catchy sayings and drawings of the characters were all designed by Troy himself.

Troy’s journey began to decline when he became ill with unknown diagnoses that he struggled with for years. Many visits with doctors and specialists became tiresome and took a physical and emotional toll on him. He was finally diagnosed with a form of rheumatoid arthritis which eventually left him crippled.

His family and friends will miss him terribly but take comfort in knowing he is finally at peace and free from the rigors of his debilitating disease. Troy will forever be in our hearts and never forgotten.

Due to recent circumstances, Troy’s Celebration of Life is postponed and future arrangements will be announced once completed.

In lieu of flowers please consider a donation to The Shaughnessy Community Association, Box 22, Shaughnessy, AB T0K 2A0.

One Condolence for “RENNING, Darren”