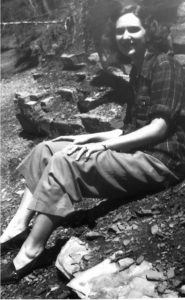 With heavy hearts we share the passing of Avis Rettie on April 8, 2020 at Piyami Place in Picture Butte. An only child, Avis was born to Paul and Cora Geldreich on October 18, 1924 at Medicine Hat, Alberta. Soon after, the family moved to a farm near Turin which was opened up for irrigation in 1924. Avis rode her horse to attend the local school where she made many lifelong friends. After graduating from high school, Avis attended business college in Calgary. She returned closer to home to work in Lethbridge for an insurance company and then for Trans Canada Airlines. During the war years, she met Jim Rettie and in 1948 they were married. In the mid-1950s they took over the family farm in Turin where they lived until 2010. Avis especially enjoyed summertime on the farm that brought with it family gatherings, bouquets of gladiolas and fresh garden vegetables. She was an active bridge player, meeting regularly with neighbours and friends who took turns hosting the afternoon ‘tea and cards’. In 1991 Avis earned a Bachelor’s degree in English, achieving this long term goal through courses with Athabasca University. In 2003 Avis co-authored a book with her lifelong friend Bess Page (Matthews). Hello, Can You Hear Me? is a collection of short stories highlighting the good times “growing up on an irrigated farm in southern Alberta”. In 2010, both Avis and Jim were forced to leave the farm due to ill health. Avis is survived by her daughter Kathy, son Roy, daughter-in-law Jennifer, grandchildren Wade, Sam Christian and Holly (Gard), and several nieces and nephews. She is predeceased by her husband Jim, and sons Paul and Michael. We are most grateful to the staff at Piyami Place who provided Avis with such great care and support for 10 years. A special thank you to her favourite nurses – you know who you are – and to her nieces Val and Wendy; she loved those indoor picnics you staged in her room. A private family Graveside Service will be held once the current pandemic-related restrictions are lifted. Cremation has been entrusted to Martin Brothers Funeral Chapels.

One Condolence for “RETTIE, Avis”