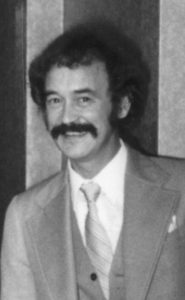 Klaas is survived by his children: Jody (Jason), Jennifer (Will) and Jeffrey (Karly); 12 grandchildren; three great-grandchildren with a fourth on the way; and siblings John, Trudy and Mary (Ron).

He was predeceased by his parents Roelof and Jentji, brother’s Jake and Harry and sister Jean Mazacs.

Klaas was born August 31,1946 in Dedemsvaart, Holland to his parents Roelof and Jentje. In 1956, Klaas moved to Canada with his family where he completed his schooling. After graduating he later went on to obtain his journeyman’s ticket for Sheet Metal. He worked well with his hands some might even say dexterous.

Klaas was an affable friend who could often be found enjoying a game of darts and cards at the Legion or Miners Library. He was also an excellent billiards player. Throughout his life Klaas found enjoyment in all things outdoors such as camping and fishing but mostly getting lost stargazing in the night sky. He found comfort in sharing his knowledge and passion to those around him about the stars and constellations. He was a man of many stories and was always eager to socialize with old and new friends. He will be deeply missed by his family and friends and all that knew him.