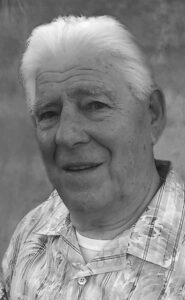 With a broken heart, I announce the passing of HARRY PIEKEMA of Lethbridge, beloved husband of Gloria, who passed away at Edith Cavell Care Centre on Wednesday, May 13, 2020 at the age of 86 years. Harry is survived by his loving wife Gloria of 38 years.

Harry was born on March 26, 1934 to parents Peter and Geeske (Oppenhuizen) Piekema in Sneek, Netherlands. Harry was the second born of seven children.Wanting a brighter future, with the insistence of his older brother Dick, Peter and Geeske headed to Canada in 1950 with all in tow. Like many other at that time, they got their start working the beet fields with long hours and minimal pay. Harry as a young man loved to dance; he and his three best friends would seek out all the dances in the surrounding area that they could find. Many good times were had—he talked about those often. Harry got started in business in the mid-1960s. He owned and operated Yamaha Cycle Sales and Service for nearly four decades. He was well-known to many as Yamaha Harry. During his time as a motorcycle dealer, he had the opportunity to travel near and far. Some of these places included Japan, Italy, England, Holland, USA and Canada. Harry was a very social person with a very competitive spirit. No matter what the challenge, he was out to win. Harry loved the game of golf and was a long-time member of Henderson Lake Golf Club. With the change in season, Harry had his favourite things he liked to do. Back in the day, he looked forward to going on road trips with his buddies on his venture royale. During the winter, he loved to snowmobile and ice fish. It was a surprise to some that Harry also liked to cook. He made outstanding split pea soup and cabbage rolls. Harry had many friend and they would meet over a cool one or two and discuss daily life and enjoy a few laughs. They would often be found in a game of pool or crib.

Left to mourn Harry’s passing are his four sons: Darrell (Peggy) and her children Lisa, Tammy and Michelle; Doug (Sandy) and his children Scott, Kailyn and Logan; Trevor (Christine) and their children Skylar and Tyson; and Todd (Alison) and their children Holden, Kyra, Addison and Alyssa; his brothers Otto (Leona) and John (Evelyn); his sisters Akkie VanderWall (Bert—deceased), Jean Pelletier (Ray) and Phyliss Visser (Mel); and his sister-in-law Joan Piekema (Dick—deceased).

Harry was predeceased by his parents Peter and Geeske Piekema, his brother Dick and his brother-in-law Bert VanderWall.

A Private Family Graveside Burial will be held at a date to be determined.

I would like to extend heartfelt gratitude to the staff at Edith Cavell Care Centre for the care Harry received during his time there.