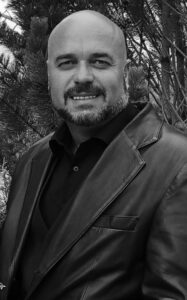 Mr. Jason Hunt of Lethbridge, beloved husband of Mrs. Karen Hunt, passed away at Chinook Regional Hospital on Wednesday, May 27, 2020 at the age of 48 years.

Jason was born on July 8, 1971 to Donna and Allan Hunt. He spent his entire life in Lethbridge and completed high school at LCI. Jason was a true entrepreneur who owned many businesses throughout his lifetime. Neighbours Mart Husky and Neighbours Liquor Store being his most recent. Jason loved woodworking and could build anything he put his mind to and he never hesitated to try something new. He adored his family, travelling, fireworks, football (especially the Denver Broncos) and the holidays. He made beautiful gifts and always took the time to make special things that were memorable and meaningful. He brought joy to everyone in his life and valued his friendships, friendships that were unbiased and real. Jason had the amazing ability to see the beauty in everyone. Beauvais Lake was so very special to Jason, the family cabin had been passed down through generation after generation and although Jason went on other adventures his heart belonged there, at his second home on the lake.

Besides his loving wife Karen, Jason is survived by his parents Donna Hunt (Ron Reid) and Allan (Judy) Hunt both of Lethbridge; son Ethan Hunt; daughter Emily Hunt both of Lethbridge; step-daughters Jillian (Jordan) Mandel of Coaldale and Emily Remington of Lethbridge. All four were his cherished children and he was so very proud to be their father and step-father. Grandchildren Scarlett and Aubree; as well as his sister Erica (John Granzow) Hunt.

Jason was pre-deceased by his grandparents Art and Lydia Hunt and Cliff and Betty Forry.

A Private Family graveside service will be held on Wednesday, June 3, 2020, in the Mountain View Cemetery, with Reverend Trevor Potter, officiating.

A Public Celebration of Jason’s Life will be held at a later date.

Flowers are gratefully declined. For those who wish, because of Jason’s passion for wood working, and his love for the community, donations may be made to the Ability Resource Centre, 1610 – 29 Street North, Lethbridge, Alberta, T1H 5L3.

One Condolence for “HUNT, Jason”