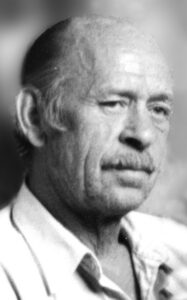 William V. (Vern) Davis of Lethbridge passed away peacefully on May 30, 2020 at the age of 83 after many years of struggle with COPD and the onset of Alzheimer’s disease. Vern Davis was the last of 5 children born to the Davis family. He was raised with his brothers and sisters on their ranch west of Levitt, Alberta and enjoyed the outdoor lifestyle. He loved to take his family camping and fishing in the summer. Vern Davis was a quiet, respectful and gentle soul; he never raised a hand to his children and rarely raised his voice. He didn’t mind hard work as long as it was rewarded with a cold beer at the end of it. His last 7 years were spent living at the Heritage Lodge where he enjoyed all the activities, the social atmosphere and the great food. He was happy and content to the end.

He was predeceased by his parents Alfred Donald Davis and Ilah May Davis and all of his siblings: Alfred Keith Davis, Donald Lester Davis, Dorothy Laverne Rodwell and Gladys Colleen Hendrey.

A private family memorial service will be scheduled for a later date when travel is safe. Flowers are gratefully declined. For those who wish, memorial donations may be made to Alzheimer Society Canada 20 Eglinton Ave. W., 16th Floor, Toronto, ON M4R 1K8 in hopes of a treatment.

One Condolence for “DAVIS, William”