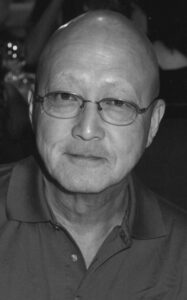 Robert “Bob” Setoguchi of Lethbridge, beloved husband of Sheila Wiebe, passed away peacefully at Chinook Regional Hospital on Wednesday, June 3, 2020 at the age of 75 years.

Bob moved to Southern Alberta with his family at a young age and spent his early and teen years working on the family farm in Taber. He left the farm and graduated from SAIT and his Electrician certificate and devoted many years to this profession, working at J & M Electric and then owner/operator of Seto Electric. He embarked on a 29-year career at Lethbridge Community College teaching Electrical Apprenticeship and was the creator of the Master Electrician Program which he was proud to instruct for many years, even after formally retiring from the college. He loved teaching and forming long-lasting relationships with his students and coworkers and touched so many people, changing their lives with his positive encouragement and support.

Bob was an avid sports fan, playing hockey for a number of years, and also fastball well into his forties, “retiring” only to go on coaching his children for over a decade, and maintained lifelong friendships with many of his teammates. He enjoyed camping and fishing (scoring “Walter” is a 24 lb lake trout in ’87) with his family and friends and was passionate about golf. He spent his summers on the course, first as a member of the Magrath Golf Course and then Land -o- Lakes, where he finally got a hole-in-one on #3 and he truly valued the hours spent with his buddies and son in law Dave. His other passion were the New York Yankees, he could always be found wearing a Yankees cap and a lifelong dream was realized when he traveled New York to watch the Yankees with his wife, daughters and grandson Joel in the spring of 2019.

Bob was a devoted father, dedicating his life to raising his children. His support and love for his children and then grandchildren, was selfless and wholehearted, and he was always proud of his family. Sheila was the love of his life and their love for each other was evident to all and sustained them through even the toughest of times, Through it all, even the hard times, he never gave up and continued to share his sense of humour.

Bob will never be forgotten and missed by all who knew and loved him.

A Visitation will be held at 6:00pm to 8:00pm, on Tuesday, June 9, 2020, at MARTIN BROTHERS RIVERVIEW CHAPEL, 610-4 Street South, Lethbridge, Alberta, With respect to the AHS COVID-19 Regulations, we will be limiting the number of people in attendance to under 50 people at a time, while adhering to the physical distancing rules.

A Private Funeral Service will be held at 2:00pm, on Wednesday, June 10, 2020, for those who wish, please visit www.mbfunerals.com click on Bob’s obituary to view the live stream of the service.