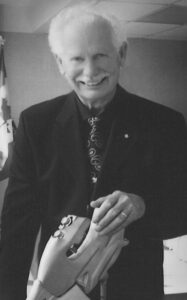 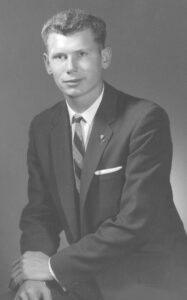 It is with sadness that we announce the peaceful passing of Henry Bergen at St. Michael’s Palliative Care Centre at the age of 84.

Henry was born June 26, 1935 in the Mennonite village of Gnadenthal, Ukraine to Johan and Justina Bergen. In 1937, Henry’s father was forcibly taken from his home and family by the Stalinist Regime and was never seen or heard from again. In 1943, Henry’s mother with five young children left the Ukraine by wagon train to Poland and Germany. They spent five years as refugees in Germany and with help from the Mennonite Central Committee were able to immigrate to Canada in November 1948. They settled on a small farm in Coaldale and worked sugar beets to pay for the trip to Canada.

Henry attended school and then in 1952 started employment at the Canada Agriculture Research Station as a field technician and then later moved into the shop as a mechanic and then eventually as an innovator and fabricator of scientific equipment for use in field projects.

In 1962, Henry married Mary Ann Lepp and together they had three children, David Henry, Douglas John and Jacqueline Marie.

In 1968, Henry bought the Siemens Hatchery location on Highway 3 in Coaldale and started GEN Manufacturing Ltd. where he continued to build scientific instruments and also managed an automotive tune up service for a large clientele. In the early 80’s, Henry decided to shift the business more toward the agriculture sector and began developing, manufacturing and marketing ground engaging openers and wear points for farm seeders and other tillage equipment. The opener business is thriving to the present day.

Also, in 1975, Henry purchased property at Jaffray, BC and started Bergen Plantations blue spruce tree nursery which he managed for many years.

As a result of his lifelong achievements in the agricultural field, Henry was inducted as a Member of the Order of Canada in 2007. Also, he received a Doctor of Law degree from the University of Lethbridge in 2008 and was awarded the Alberta Order of Excellence in 2013. He was a member of the U of L Senate from 2004 to 2007.

Henry was very driven in his business pursuits and always strived for perfection. He had a great capacity for providing wise advice and solving problems and helped many people and organizations in this way.

Due to current restrictions, a funeral service will be held at a later date.

One Condolence for “BERGEN, Henry”