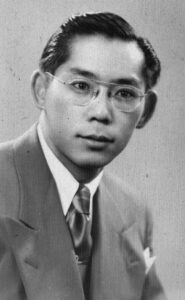 Bill was born in Sea Island, BC on November 6, 1923. The eldest son of a fisherman, Bill spent his childhood growing up on the West Coast. When WWII broke out, he and his family were relocated to the Cranford area of southern Alberta. He began work on a farm until his family eventually became established enough to purchase their own land.

Bill met his wife, Setsuko, in the late-1950s and they were married on March 1, 1959. Their marriage thrived for 61 years. The couple worked on the farm until Bill retired in the early-1990s, after which they moved into the Lethbridge area.

He was predeceased by his parents, Joe & Chiyo Nagai; brothers, Jack Nagai and Robert Nagai; and sister, Mary Nagai.

The family would like to thank Lethbridge Home Care and Legacy Lodge for all they have done for him, and special thanks to Cornerstone Funeral Home.

One Condolence for “NAGAI, William”