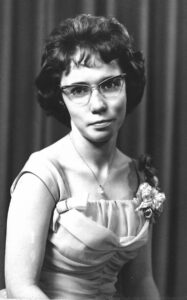 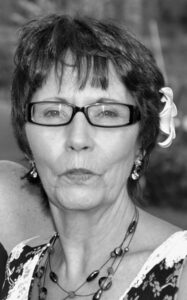 Mrs. Carol Marie KNOX (Losey/Wilson) of Lethbridge, beloved wife of the late Mr. Paul Knox, passed away peacefully on October 9, 2020 at Chinook Regional Hospital at the age of 76. In keeping with her lifelong devotion to family and her caring and compassionate nature, Carol was able to stay with us long enough to give her family a chance to say goodbye.

Carol was pre-deceased by her second husband Paul Knox; father Richard Losey; brother-in-law Greg Miller and her nephew Brad Karl. Her family will remember her as a spunky, happy, social, classy lady.

Carol was born in Lethbridge, AB and raised on the family farm in the Lucky Strike area. She attended Masinasin School and graduated from Erle Rivers High School in Milk River. She married her high school sweetheart Gary Wilson and together they raised their 3 children.

After raising her children, Carol went to business school and embarked on a long, successful career as an office manager and grain buyer. She was on a first name basis with almost every farmer in and around the Lethbridge area. She always found the time to stop and chat and was genuinely interested in their lives.

Carol married Paul Knox in 1989 where she also gained a stepson, Ian Knox. Although Carol and Paul only had 7 short years together before Paul passed away, it was a time of pure wedded bliss.

Carol’s devotion to her family was immeasurable. She loved large family gatherings and rarely backed down from an invitation to any social event. Carol opened her door to anybody who needed it. Her spare room was often occupied by a niece, nephew or grandchild who were more than willing to accept her generosity, home cooking and cheap rent.

When she became a grandma, she immersed herself in the lives of Blaine and Courtney by attending every Christmas concert, awards ceremony, volleyball, hockey and baseball game she could. Grandma may have thought she was the lucky one who was blessed with living so close to her grandkids when in fact the kids know, they were the lucky ones. Their fondest memories are weekends spent in her company.

After semi-retiring Carol chose to pursue another path and became a licensed realtor in the Lethbridge area for a few years before finally retiring for good at the age of 65. Carol loved a good party and had an attitude of the more the merrier. So, to celebrate retirement she decided to spend her entire first pension cheque (maybe more like several pension cheques) on a grand party for herself.

Carol was also a globetrotter. In fact, she travelled so much we had trouble coming up with an all-inclusive list. Some of the highlights were trips to Europe, Disneyland, South Africa, Hawaii, Mexico, the 2010 Winter Olympics, South Carolina, Australia, and a wild car trip from Corpus Christie, TX to Lethbridge.

The family would like to thank the staff at the Memory Care Unit of St. Therese for their wonderful care of Carol as her health declined in recent years.

Thanksgiving is a time to reflect on all the blessings of our lives. There is nothing we are more grateful for than to have shared in her life’s journey. Love you forever and ever.

Due to the recent restrictions, a private family (invite only) service will be held at 11:00 am, on Saturday, October 17, 2020 with Reverend Trevor Potter, officiating.

The family invites you to watch the service via live stream at 11:00 am, on Saturday, October 17, 2020 on the Martin Brothers website https://www.fh websites.org/ymb/obituary/Carol-Knox. PLEASE NOTE: the link to watch the live service will be available at 10:45 am below Carol’s obituary.

In lieu of flowers, donations can be made in Carol’s name to the Alzheimer’s Society of Alberta, Lethbridge Chapter, 1202 2 Ave S #40, Lethbridge, AB T1J 0E3.