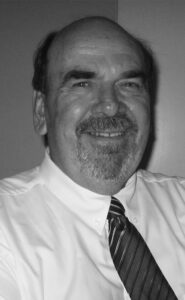 It is with great sadness, but also with an abundance of love, admiration and celebration that we say goodbye to our husband, father, grandfather, brother and friend, VERNON GILBERT HANSEN. Vern passed away on Tuesday, October 13, 2020, after a courageous battle with brain cancer. He fought this battle with strength and determination and now he may be at peace.

Vern was born November 12, 1947 in Minneapolis, Minnesota. His true fortune in life was meeting the love of his life, Sharan in Sioux Falls, South Dakota. Vern proposed to, and married Sharan in 1968 and the ambitious couple left their families and moved to Calgary, Alberta to open the very first McDonald’s franchise in Alberta. Vernon and Sharan then travelled southward and opened the first McDonald franchise in Lethbridge in 1977 on Mayor Magrath Drive South. Vern loved his life as an entrepreneur and created opportunity for many within our community who will remember their times working for Vern with respect and fondness. Later in life, Vern changed careers and was a true craftsman in selling life, health and investment opportunities as an insurance broker.

Vern and Sharan were blessed with three amazing children: Alan, Trisha and Jason. For everyone that ever encountered the Hansen family, it was a blessing to meet a family that was so welcoming and embracing. To be a part of the Hansen family connection with Vern was an absolute treat and entertaining experience. Vern’s passion was his children and his family. As we all know, sports was also a big part of his life. Not only was he an avid football fan, he also supported the Lethbridge Amateur Wrestling Club for over 35 years as well as the Lethbridge Rugby Club. Vern was a generous and fun loving man. A quick wit and an understanding of all human kind, he exemplified the characteristics of being a truly extraordinary person and someone that everyone could call themselves blessed for having known.

Vern and Sharan are the very proud grandparents to Nathaniel and Isabelle. Grandpa and Grandma are the most rewarding titles that meant the world to Vern.

Vern is survived by his loving wife Sharan, his sisters Marie (Tom) Bjerke of Minnesota and Cheryl Best of Florida, his sisters-in-law Susan (Bill) Nice of Texas and Sandra Knochenmus of Wyoming, as well as his three children: eldest son Alan, daughter Trisha (Tony) Vanden Heuvel, youngest son Jason (Sabrina) and his grandchildren Nathaniel and Isabelle as well as numerous nieces, nephews and cousins located all over the US.

The family would like to thank all of the medical healthcare professionals that were instrumental in Vern’s care, especially Dr. Aaron Coma of Family Medical Centre and Jennifer at St. Michael’s Health Centre Palliative Care Unit.

Due to the current COVID-19 situation, the family will be having a private service at this time, as most of the remaining family is in the United States.

In lieu of flowers, the family requests anyone wishing to acknowledge the life of Vernon Hansen can kindly make a donation to the St. Michael’s Health Centre Palliative Care Unit (1400 – 9 Avenue South, Lethbridge, AB, T1J 4V5).