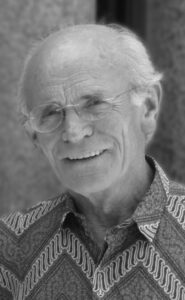 PAUL JOHAN MELITZ, beloved husband of Gerdy Melitz, of Lethbridge, passed away in Lethbridge, on Friday, October 23, 2020 at the age of 76 years. Until the very end, he continued to believe that tomorrow would be better.

Besides his loving wife, Johan is survived by his son, Menno (Kerry) Melitz of Edmonton and daughter Siea (Jason) Newton of Calgary. Johan is also survived by two grandchildren, Reid and Julia Newton. Johan is also survived by his brother Henk (Betsie deceased) Melitz and his sister Betsie (Willem deceased) Hengeveld, both living in the Netherlands and his brother-in-law Anthon (Adriana) Slangen and sister-in-law Edith (Amadeo) Riduavets.

Johan was born in 1943 in the Netherlands into a farming family. Johan went on to study at the Agricultural University of Wageningen, where he met lifelong friends and also during this time met the love of his life Gerdy. In the early years of his career, Johan lived with Gerdy in Suriname and worked as a tropical soil scientist, which was just the beginning of his desire to fully experience cultures around the world and immerse in different ways of life. After starting a family, they lived off and on in Indonesia, where Johan would venture deep into the jungle for weeks with local teams to complete his research. At the age of 49, believing there wasn’t an adventure too big to pursue, Johan and his family moved to Canada to farm in the Lethbridge area. Johan’s zest for life combined with his keen judgment and unlimited determination meant it was no surprise he managed to expand from one farm to four farms. After winding down the farms, retirement was not his cup of tea and he built up a North American long haul trucking company and owned a Lethbridge based taxi business. His determination to find a fair solution for anything he encountered was his guiding force. As his career wound down, he and Gerdy set up the Bernhard Melitz charitable foundation aimed primarily at supporting efforts to provide basic education in developing countries. Johan was a lifelong learner and his curiosity and strength of character truly defined him.

A private service was held in Lethbridge. In lieu of flowers, donations may be made to A Better World (www.abwcanada.ca/donate/) one of Johan and Gerdy’s favored charities.