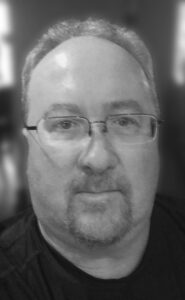 Pat was predeceased by his two sisters: Gayle and Jody, nephew Chase and his grandparents.

Pat was born June 4, 1968 in Drumheller, AB and lived there until he was six years old. The family then moved to Picture Butte, AB, where he completed his schooling. After high school, Pat worked in the construction field for directional drilling and line placement, where he met his lifelong friend Bill. Pat and Jenny were married in 2001 and he then gained his son TJ and went on to have two more sons, Jared and Devon. In 2002, Pat started his own successful company, Spade Industries, and Bill then came on board to work for Pat. In 2013, he partnered with his best friend Kevin to start another company, Thrive Trucking. Pat kept himself busy with the day to day operations of Spade and let Kevin handle the day to day of Thrive Trucking. In 2015, Pat sold Spade Industries to semi-retire and enjoy life a little more.

Pat was always more reserved and maybe a little set in his own ways. He was not much of a people person. He preferred his small group of buddies to shoot the shit with over a few beers. On Evenings and weekends, you would find him in his garage either alone or with one or more of the crew…. Kevin, Joe, Keith, Scott, Peter and Herb and occasionally if he was in a good mood he might let someone new into his circle.

Pat loved to golf but even after retirement, didn’t get out very often. He started taking an interest in gardening and could pull out all of Joe’s expertise over more beers in the garage.

He wasn’t much of a holiday or travelling man but he loved and talked often about his Vancouver vacations with his boys. Some of his best memories were those spending time with his sons and exploring new adventures in Vancouver.

Pat’s retirement was short lived as he was diagnosed with a terminal brain tumour in Sept. 2019. He kept a good outlook and a positive attitude, never complaining right up until his passing.

We would like to thank all the nurses at St. Michael’s Health Centre, who took care of Pat the last few months with compassion and love and respect. You are all awesome and we will never forget your kindness and caring.

At Pat’s request, there will be no funeral. We will plan a get to together for family and friends at a later date to share memories and a beer or two while toasting Pat.