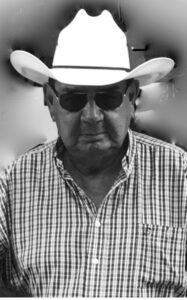 Patrick (Alva) Black Plume, Wylie Weasel Moccasin, Lance, Pam and Leslie Black Plume. In-laws: Delphine Good Striker (Late Woodrow Good Striker Sr.), Alex (Mickey) Good Striker (Late Mildred Good Striker) and Emily (Muggs) Good Striker (Late Paul Day Chief), Rosanne Many Fingers, Rosaline Weasel Moccasin, Virginia Black Plume, Jerry (Joanne) Black Plume, Barry (Lorraine) Black Plume, Larry Black Plume, Phyllis Black Plume, Nina (Lee) Smith. Ed, as he known by family and his many friends, was a kind, gentle man who was a historian and a great storyteller. Those who had the opportunity to sit with him were sure to hear one of the many stories he shared as he painted a visual picture for the listener to feel and understand. His style of storytelling was passed down from his dad Eddie Sr. who was gifted with keeping the history of the Kainai people alive. Ed had the good fortune to sit and listen to many of the elders who spoke highly of our people, and to hear stories of laughter, sadness and the heroic antics of a great people. Ed always spoke highly of his parents, Eddie Sr. and Adelaide, who taught him many of his teachings, these same teachings he used to guide his children and others who were close to him. He learned, at an early age, the work ethics he carried with him throughout his entire life. His father taught him well.

Ed grew up in the Stand Off community and later lived with his parents at the ID ranch on the North end of the reserve. He grew to understand cattle and horses and spoke of his dad who had a set of branding irons that were used to brand livestock from one end of the reserve to the other. He later moved with his family near the Belly Buttes where he raised his children along with his growing herd of horses. As an employee of the BT Lands department, the late Steve Mistaken Chief guided Ed into the role as an eventual historian of tribal activities, landmarks and the histories of the many people he came into contact with. Ed could talk for hours on any given topic or subject related to his duties. Always a humble man, Ed never had anything bad to say about anyone. He would often share a story or two as a way of guiding the young to walk upon the proper paths of goodness and respectability. His gentle nature and soft-spoken voice were instilled in a man whose knowledge and understanding of the history of the Kainai Nation made him a treasure to be around. His good-natured laugh could be heard at any table he sat at with family and friends. Family was most important to Dad as he encouraged and participated in many activities with his sons/family and grandchildren, and more recently with his great-grandchildren. In Minor hockey, he coached each of his son’s hockey teams and both Ed and Marion spent numerous hours at the rink whether it was coaching or working the canteen. Dad also loved the sport of Rodeo and would be seen hauling horses to high school and IRCA rodeos. In his later years he team roped with sons and friends. Dad was proud of his Children/Grandchildren and Great grandchildren’s academic and sporting accomplishments and was always there to support them. 10 years ago Ed was called upon by his daughter Karli to smudge and pray over the grade six camp with Ecole St. Mary’s school. Because of his humble ways Ecole St. Mary’s called upon him every year since then to begin the grade six camp, with prayers, located at the Southern Alberta Bible camp near Champion. Due to health issues, Ed retired from his duties at the Lands dept., but he still maintained his ranch operation. He was called upon by the Horn Society where he was a bundle keeper with Patrick Black Plume, who is now the leader of the Horns. Ed’s humble and respectful nature would make people feel at ease when they approached him for prayers. Dad enjoyed his many visits, whether at the Blood Tribe Administration, mall or horse races to spend time with family and friends. The people of the Kainai Nation will surely miss a great man who had high regard and praise for people of all ages and backgrounds. Bibitdana, may you rest with the satisfaction of knowing you lived your life with honor, humility and respect. Ed was predeceased by his loving parents Eddie and Adelaide Heavy Shields. Marion Heavy Shields, Sons: Rudy and Murray Heavy Shields. Loving Daughter: Gina Marie Heavy Shields. Brothers: Herman (Isabel) Heavy Shields, Gordon (Okan) Heavy Shields, Mary (Lulu) Heavy Shields (Ed Borrasa), John Heavy Shields. In-laws: Frank & Beatrice Good Striker, Rosaline Shot Both Sides, Bernice Red Crow, Cordell Weasel Moccasin, Verna Sweet Grass, Francis Black Plume, Randal Black Plume, Russell Red Crow. Nieces and Nephews: Robbie Russell, Ramona Spear Chief, Hayden Heavy Shields, Lynel Tail Feathers, Jolaine Shade, Brad Heavy Shields, Alexis Good Striker. As Dad’s heart condition worsened these past few years, he had excellent care from Dr. Brian Low, Dr. Johnson, Dr. Walshe, Lethbridge Nursing Staff, Cardston Nursing Staff and Blood Tribe Homecare staff, including Corrine Scout and John Tallow. We are forever grateful for the excellent care our Dad received. The family apologizes for any names that were missed. Dad, we will miss you deeply and you will be forever in our hearts…

A Wake Service will be held at Legacy Funeral Home, Cardston on Tuesday, November 24th, from 4:00 – 8:00 pm. The Wake will continue all night at Ed Heavy Shield’s residence. A Viewing will be held on Wednesday, November 25th, from 10:00 – 11:00 am with a Funeral Service to follow at 11:00 am. Interment in St. Catherine’s Cemetery. (Due to COVID regulations a limited number will be permitted into the service- please wear a mask)

One Condolence for “HEAVY SHIELDS, Edward”