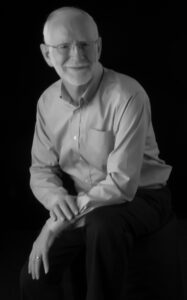 Henry CW Bosman, surrounded by his loving family, died peacefully at home on November 22, 2020 at age 79, from ALS.

Henry was the 6th of 8 children of Henry G Bosman and Theodora Berdina (Jansen) Bosman who immigrated from Holland with their entire family in 1952. They began life in Canada working the sugar beets in Turin, Alberta.

Henry graduated from the Lethbridge Collegiate Institute (LCI) and the University of Alberta as a Chemical Engineer in 1965.

He married his high school sweetheart Norma Lyckman in 1964. He is survived by his spouse Norma; daughters Laura Bosman (Jim Ling) of Houston, Texas, and Diane Bosman (Paul Bognar) of Toronto, Ontario and two granddaughters Rachel and Amanda of Houston Texas.

Henry was predeceased by his parents and his oldest brother Gerry (Calgary, AB). He is survived by Ann Wiskerke (Nanaimo, BC); Willemina Lichak, (Daysland, AB); Rose Visser, (Lethbridge, AB); Brian, (Stockton, CA); Theo, (Quesnel, BC); Chris (Edmonton, AB); and numerous nieces and nephews and their children.

His professional career included Cominco of Trail, BC, the City of Lethbridge, and MPE Engineering of Lethbridge.

He was politically active and was elected/appointed to the Trail Public School Board, Lethbridge Community College Board of Governors, the Oldman Dam Habitat Remediation Committee and the Alberta Historical Resources Foundation.

He volunteered for 16 years with the Investigative Committee of the Professional Engineers of Alberta, the Southern Alberta Mental Health Board and the Friends of the Lethbridge Public Library.

A memorial service will be held at a later date.