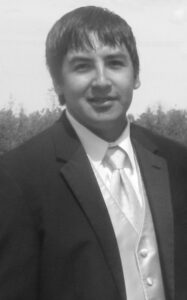 A Wake Service will be held at Legacy Funeral Home, Cardston on Friday, December 11th, from 3:00 – 8:00 pm. A Viewing will be held on Saturday, December 12th, from 10:00 – 11:00 am at Legacy Funeral Home with a Funeral Service to follow at 11:00 am. Interment in St. Paul’s Cemetery. (Due to COVID regulations a limited number of 10 people will be permitted into the services- please wear a mask).

To WATCH the Wake or the Funeral Service online or send condolences, please visit www.legacyfuneralhome.ca