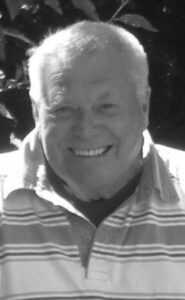 PETER AARSEN of Coalhurst, our beloved husband, father, Opa, and Opie, went to be with his Lord and Saviour on December 20, 2020 at the age of 93 years.

Peter was predeceased by his parents and infant son in the Netherlands, as well as his infant great granddaughter, and son-in-law Richard Taylor.

Peter was born on August 31, 1927 in the Haarlemmermeer, Noord Holland, the Netherlands.

Ephesians 2:8-10 – “For it is by grace you have been saved, through faith—and this is not from yourselves, it is the gift of God— not by works, so that no one can boast. For we are God’s handiwork, created in Christ Jesus to do good works, which God prepared in advance for us to do.”

In lieu of flowers, contributions may be made to Lethbridge & District Pro-Life Association (www.canadahelps.org/en/dn/49279)